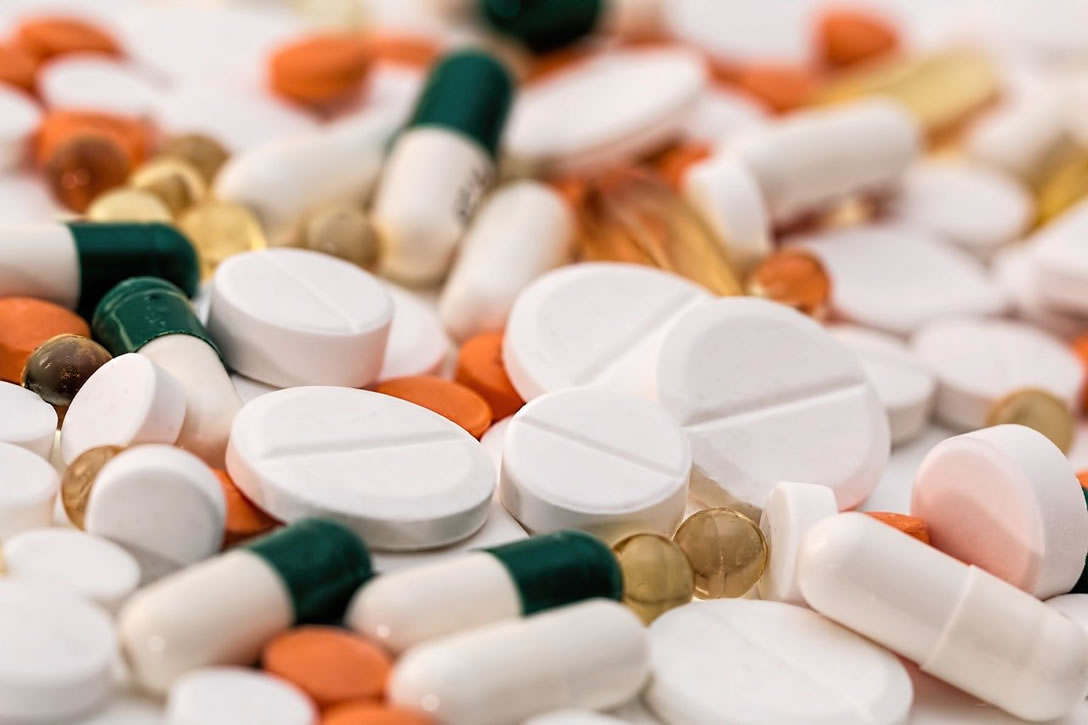 Aspirin is one of the most widely used non-steroidal anti-inflammatory drugs in the world (the main component is acetylsalicylic acid), and worldwide sales have reached about 120 billion tablets annually to date. There is a large amount of clinical evidence It has anti-inflammatory, analgesic, antipyretic, and anti-platelet equivalent effects.

Do you know aspirin’s benefits and side effects?

The origin of aspirin?

Salicylic acid, the ingredient of Aspirin, is a polyphenolic compound in plants used to regulate plant growth and resist external threats.

This type of plant-rich in salicylic acid has been used to cure diseases since ancient times. Its use can be traced back to 1500 BC. The Egyptians used crude myrtle skin to treat rheumatism and back pain. Years later, Hippocrates used the bark and leaves of the willow tree to relieve pain.

It was not until the mid-19th century that people separated salicylic acid from the willow bark extract as the active ingredient, and then in August 1897, the German scientist Hoffman and became the first pure acetylsalicylic acid, and in 1899 Sales and registration under the aspirin trademark.

Since then, aspirin has been widely used to treat fever, migraine, and other diseases, including inoperable cancer, rheumatoid arthritis, rheumatic fever, and acute tonsillitis-related pain.

The main pharmacological mechanism of aspirin

The main pharmacological mechanism of aspirin is related to its non-selective cyclooxygenase COX-1 and COX-2 inhibition, which can inhibit the formation of prostaglandins and thromboxanes.

Prostaglandins have a wide range of biological functions, including cell proliferation and migration, angiogenesis, apoptosis, and inflammation.

What are the empirical effects and effects of aspirin?

Migraine can be regarded as a chronic neurological disease with periodic attacks, characterized by moderate to severe headaches, with unilateral and pulsatile characteristics, and can be exacerbated by daily physical activity.

About 6% to 8% of men and 12% to 14% of women meet the diagnostic criteria for migraine. The duration of untreated migraine attacks is quite long, from 4 hours to 3 days (median duration 18 hours).

A systematic review (including 8 randomized clinical trials with a total of 28,326 participants) pointed out that oral aspirin (at least 325 mg daily dose) can reduce the frequency of migraine attacks.

*Conclusion: Oral aspirin is positive for preventing migraine attacks, but more research is still needed to confirm the optimal dose.

Cancers are one of the most frightening diseases to date. The survey found that certain body tissues are millions of times more likely to get cancer than other tissues. This has been discovered more than a century ago.

A meta-analysis (including 16 randomized controlled trials with a total of 104018 patients) indicated that compared with placebo or subjects not taking aspirin, take aspirin (daily dose from 81 mg to 1200 mg, with an average follow-up of 5.48 years) was not associated with a significant reduction in cancer-related mortality, all-cause mortality, or cancer incidence.

In addition, the same analysis also found that the use of aspirin is associated with an increased risk of bleeding, major bleeding, and gastrointestinal bleeding.

*Conclusion: As of the present evidence, oral aspirin has no obvious help for cancer prevention.

Cardiovascular disease is no longer just a problem in rich countries. In developing countries, the number of deaths caused by it is twice the sum of HIV, malaria and tuberculosis. The main feature is narrow or blocked blood supply to the vascular bed. The most common cause is atherosclerosis.

In the United States alone, an estimated 82.6 million American adults (about one-third) have one or more cardiovascular diseases.

A meta-analysis of literature (including 9 randomized controlled trials with a total of 102,621 participants) pointed out that during an average follow-up of 6.9 years, taking aspirin was associated with a reduction in major adverse cardiovascular events (a decrease of 10 %, but there is no obvious help to prevent myocardial infarction, stroke, ischemic stroke, or all-cause mortality).

In addition, the use of aspirin will increase the incidence of hemorrhagic stroke and major bleeding.

*Conclusion: For subjects without clinical cardiovascular disease, all the evidence currently provides moderate support for the efficacy of aspirin (which can reduce major cardiovascular events by approximately 10%), but this benefit is offset by the risk of aspirin Therefore, professional medical personnel must carefully evaluate the risks and benefits before use.

Mild cognitive impairment is a common disease, accounting for 3-5% of adults over 60 years old, and 15% of adults over 75 years old. It is a high-risk group suffering from dementia, Especially Alzheimer’s disease.

The main feature is a decline in cognitive function, which is a state between typical aging-related and dementia. In addition to memory loss, symptoms may also be accompanied by a functional decline in other aspects, such as attention, language, visual-spatial function, or executive function.

A literature review and meta-analysis (including 8 studies involving 36,196 participants without dementia or cognitive impairment) pointed out that taking low-dose aspirin (daily dose less than 300 mg) could not be reduced The risk of cognitive decline and dementia is also not significantly helpful for improving cognitive function scores.

*Conclusion: There is currently no evidence that low-dose aspirin can delay cognitive decline or dementia, or improve cognitive test scores.

Preeclampsia is the most common kidney complication of pregnancy, which is characterized by high blood pressure, proteinuria and edema, usually in the last three months of pregnancy.

The incidence varies among study populations, but generally accounts for between 3% and 7% of total pregnancy events, and often occurs in women who are pregnant for the first time or are pregnant with twins.

A literature review and meta-analysis (including 10 randomized controlled trials with a total of 3,168 participants) pointed out that compared with placebo or untreated subjects, pregnant women at risk of preeclampsia were within 16 weeks of pregnancy Oral low-dose aspirin can reduce the risk of pre-eclampsia by 65% ​​in early-onset (less than 37 weeks).

*Conclusion: For high-risk groups of preeclampsia, the use of low-dose aspirin can not only reduce the risk of morbidity but also help reduce the related maternal and neonatal adverse complications.

Acute respiratory distress syndrome often occurs in severely ill patients, with about 86.2 cases per 100,000 people, and a total of about 200,000 cases in the United States each year. The hospital mortality rate is as high as 38.5%.

The most common pathogenic factor is severe sepsis, accounting for about 79% of cases. Other factors include toxin inhalation, lung contusion, acute pancreatitis, trauma, blood transfusion, burns, and postoperative extracorporeal circulation.

What are the side effects of aspirin?

Aspirin is a kind of medicine, which means that there are still certain risks after use. Common side effects include stomach pain and heartburn (taken with meals can reduce this condition).

A small number of people may be allergic to this medicine and may have an allergic reaction. Symptoms include rash/itching/swelling on the face/tongue/throat, severe dizziness, difficulty breathing, etc. If symptoms occur, please seek medical assistance immediately.

The above is not a complete list of side effects. If other symptoms occur, please confirm with your doctor or pharmacist.

1. Do not start, stop, or change the dosage of any medicine without the approval of a doctor.

2. If you have been taking aspirin regularly, please do not stop the drug without authorization. It may produce a rebound effect and increase the risk of blood clots or heart attacks.

3. Do not use in combination with other anticoagulant drugs, which may increase the risk of serious bleeding complications, such as warfarin, apixaban, dabigatran, rivaroxaban.

4. Do not use in combination with Heparin, Ibuprofen, Corticosteroids, Clopidogrel, antidepressants, which may affect the efficacy of the drug.

5. If you take large doses or regularly, please do liver and kidney function tests and blood count regularly to monitor progress or check for side effects.

6. Do not use in combination with the following health foods, which may increase the risk of bleeding, such as Bilberry, Capsaicin, Cat’s claw, Danshen, Evening primrose oil, Ginkgo, Kava, and Omega-3 fatty acids.

7. Please stop taking it two weeks before the operation to avoid the risk of bleeding.

8. Taking aspirin regularly and drinking habits will increase the risk of stomach bleeding.

Should I take aspirin every day to prevent cardiovascular disease?

The Food and Drug Administration (FDA) does not recommend taking aspirin to prevent heart disease in people who have not suffered from heart disease, stroke, or other cardiovascular diseases.

In general, the higher the risk of heart attack or stroke, the benefits of taking aspirin every day may exceed the risk of bleeding (the severity of side effects).

Therefore, before taking aspirin, you should discuss it with your doctor.

Groups that cannot eat aspirin (divided into the following 9 types)