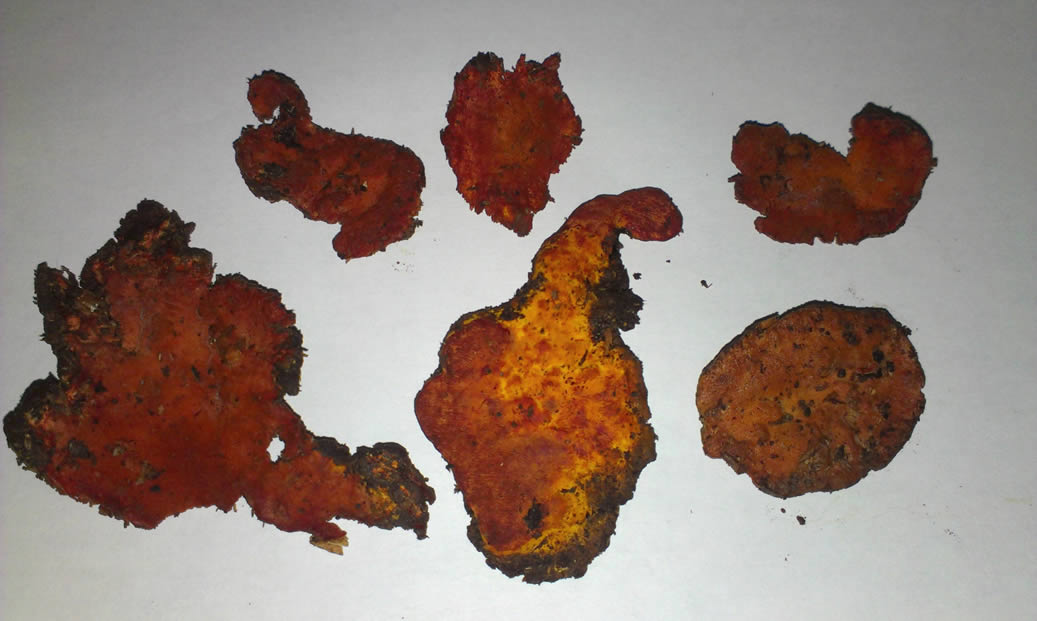 Antrodia camphorata is a fungus native to Taiwan Cinnamomum camphora. It has a strong camphor scent. It mainly grows on the hollow inner wall or surface of the trunk. Due to the difficulty of obtaining it, the scarcity, and the significant disease prevention effect. Do you know the benefits of antrodia camphorata?

Therefore, wild fruiting bodies are often marked with a high price, second only to Cordyceps Sinensis, which is also a fungus.

The efficacy of Antrodia camphorata originated from the earliest word of mouth of the Aboriginal people. It was found that after taking it, it has the effects of strengthening the body, hangover, and protecting the liver.

Therefore, everyone is eager to invest in research and finally confirmed that Antrodia camphorata does have significant liver protection, anti-cancer, anti-inflammatory, anti-oxidation, and other effects, which is called ruby ​​in the forest of Taiwan.

Recently, the Taiwan media reported that “Antrodia camphorata poisonously eats and hurts the kidneys”, which caused panic to consume Antrodia camphorata. This incident was mainly caused by the Biotechnology Center of the Ministry of Economic Affairs entrusting private companies to conduct research to confirm the medicinal properties and non-toxic safety of Antrodia camphorata. dose.

The research unit also clarified this. Antrodia camphorata fruit bodies artificially cultivated from basswood (different from the commonly used mycelium) were used in the experiment, and the feeding dose was tens or even hundreds of times higher than the daily consumption of normal people. And the experiment is only carried out once, and the number of samples is still insufficient, so it cannot be generalized.

Experts also pointed out that Ren He has a safe dose of food (it will be poisoned when drinking too much water), not to mention healthy food. This report also suspects out of context. Smart consumers should pay attention to:

Regardless of whether it is mycelium or fruiting body, the safety should be viewed individually. Do not believe that all Antrodia camphorata are highly safe or toxic because of a single study. When you buy, you must repeatedly confirm that the manufacturer has passed the toxicity test to protect yourself. Road.

The correct way to take Antrodia camphorata is to avoid taking too large a dose at a time (after a period of time, you should stop for a while before continuing to consume), and you should not increase the amount of the drug without authorization in order to improve the efficacy.

The liver is the largest and most burdensome organ of the human body. It is responsible for more than 90% of the body’s detoxification and metabolic functions. Since the liver itself has no nerves, it often does not feel abnormalities and pain when liver function is poor, so the liver disease has become more difficult. Perceived disease.

At present, about 85% of the population suffering from liver disease is caused by viral hepatitis, especially hepatitis B and C account for 80%. It is estimated that 240 million people are infected with hepatitis B worldwide, which is AIDS. 50 times the number of infections.

Once infected with hepatitis B and C, the virus will stay in the body for a long time, causing the liver to repeatedly inflame, causing cell cancer, and 70% of the occurrence of liver cancer (Hepatic Cellular Cancer) is related to this type of chronic hepatitis.

In the study, it was found that either Antrodia camphorata fruiting bodies or mycelia have the following effects to improve liver disease:

It improves the rise of ALT and AST caused by alcoholic liver disease and prevents alcoholic fatty liver and cirrhosis. The effect is even better than silymarin.

Inhibit the activity of the hepatitis B virus and reduce virus replication (inhibition rate of viral antigens can reach 51.6%, the effect is even better than interferon α-interferon).

Cancer can be said to be the biggest threat to human health. Although cancer does not cause immediate death, the most frightening thing is the extremely high recurrence rate after five years of treatment. Even after the most effective radiotherapy and chemotherapy treatment, it cannot guarantee a complete cure. Therefore, hearing of cancer is like a severe sentence, which is terrifying.

Most people’s first impression of radiotherapy and chemotherapy is full of terrible side effects, which also causes a great psychological burden on patients. At present, Antrodia camphorata has excellent anti-cancer effects.

It has been found in various human and animal studies to have multiple cancer-suppressing effects and the potential to develop into anticancer drugs or chemotherapy sensitizers (listed below).

And Antrodia camphorata has multiple anti-cancer mechanisms, so it has become a new anti-cancer, causing cytotoxicity to cancer cells and directly killing cancer cells.

Inflammation is a mechanism that exists in everyone and is an immune response that is beneficial to the body (used to resist foreign bacteria, viruses, parasites, and other foreign objects). If you lose the inflammation reaction, it means that you lose the immune function and easily cause infection. And lost his life.

However, if some factors (such as immune disorders, nutritional imbalances, and abnormal work and rest) cause the inflammation to take too long to form chronic inflammation, then the situation is not good.

Many studies have confirmed that allergies, myocardial infarction, arteriosclerosis, diabetes, Alzheimer’s Disease, and even cancer are all importantly associated with chronic inflammation.

Free radicals are a hot topic in medicine recently and are considered to be one of the culprits of aging and disease. In fact, free radicals are produced in the human body all the time.

In addition to free radicals as a byproduct of mitochondrial energy production, other sources such as stress, fatigue, smoking, drinking, fry, environmental pollution, and other factors will cause the concentration of free radicals in the body to rise.

Therefore, although free radicals are terrible, there are many anti-free radical substances in natural foods, which can help the body avoid free radical damage.

Antrodia camphorata has found in research that it has the excellent antioxidant capacity and can capture a variety of harmful free radicals (listed below).

According to the frequency of cell lesions, every person produces tens of thousands of cancer cells in the body every day. However, it really becomes less than 1% of cancer. Why do some people get cancer, but some people don’t? In fact, the key lies in immunity.

Immunity can be said to be the key to maintaining health. If it can be effectively improved, it can not only prevent cancer but for patients who are in the treatment stage of cancer, good immune function is also the key to cancer cure.

At present, it is found that the reason why Antrodia camphorata polysaccharides have excellent immunomodulatory effects is due to the beta-glucans (beta-Glucans). Beta-glucans are important indicators for evaluating the immune activity of polysaccharides and can trigger a variety of immune cells (such as T cells, B cells, macrophages, natural killer cells, dendritic cells) to achieve the effect of regulating immunity and suppressing cancer cells.

Dyslipidemia (cholesterol or triglyceride) The red letter item is most often found in company health checkups in recent years, but most people are usually painless and itchy, unable to understand the meaning, but the truth is that once blood lipids are too high for a long time, it will cause blood vessels Stenosis or even hardening, leading to major diseases such as myocardial infarction and stroke.

It is currently found in animal experiments that Antrodia camphorata can effectively reduce total cholesterol, triglycerides, and low-density cholesterol, and can increase the content of antioxidant SOD (superoxide dismutase), which has potential for cardiovascular disease prevention. effect

What are the side effects of Antrodia camphorata?

At present, 80% of Antrodia camphorata products on the market are mainly mycelium (manufactured by artificial liquid culture), which is also the mainstream in the consumer market. Before the breakthrough of the production technology of fruiting bodies, due to the low output, the price is still The pyramid is high-end, so most of the toxicity and side effects research is based on mycelium products.

The relevant animal toxicology test found that the Antrodia camphorata mycelium can pass the relevant genotoxicity test, 90-day feeding toxicity test, teratogenic or carcinogenic test, there is no organ or tissue lesion caused by taking, and the blood biochemical index is also maintained Normal, so short-term use at normal doses is very safe