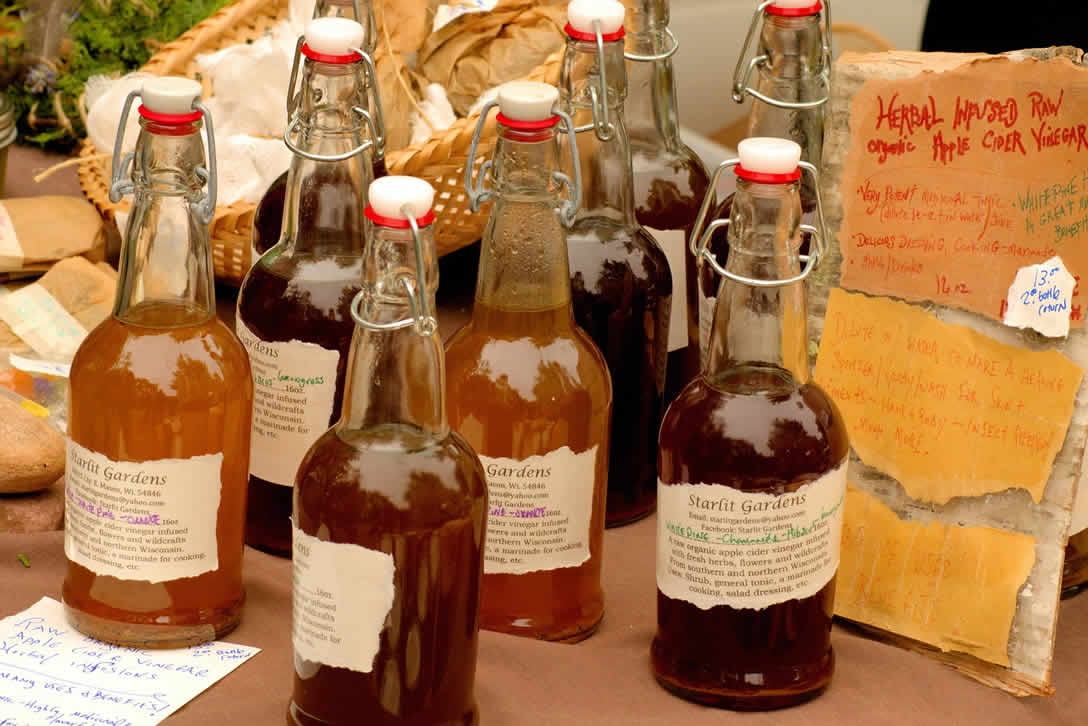 What is apple cider vinegar?

Vinegar can be traced back to the Kingdom of Babylon in 5000 BC at the earliest in human history and often used for flavoring, antiseptic and medical purposes.

Apple cider vinegar is made by fermentation of apple juice or chopped apples. The production process is mainly divided into two steps.

The first step is to expose the chopped apples to yeast, which ferments the sugar and converts it to alcohol.

The second step is to add acetic acid bacteria to further ferment the alcohol and turn it into acetic acid (a short-chain fatty acid, the main active substance in apple vinegar).

What are the benefits of apple cider vinegar?

Type 2 diabetes is a chronic and progressive disease. The hyperglycemia state caused by the imbalance between the body’s insulin demand and production capacity, especially postprandial hyperglycemia as the initial sign, will then develop into early morning hyperglycemia, and eventually Continues to hyperglycemia at night.

A literature review and meta-analysis (including 11 controlled trials, 204 participants) pointed out that compared with the control group, the average glucose and insulin area under the curve (Area Below Curve) of participants who consumed vinegar during meals Significantly lower.

The underlying mechanism may be related to vinegar’s slowing gastric emptying rate, inhibiting the disaccharide activity of the small intestine epithelium, promoting glucose absorption and utilization, and inhibiting digestive amylase.

*Conclusion: Ingesting apple cider vinegar during or after meals may significantly reduce postprandial blood glucose and insulin response, and is a viable auxiliary option to improve blood glucose control.

Polycystic ovary syndrome is one of the most common endocrine diseases in women. It is a disease characterized by excessive androgen, ovulation dysfunction, and polycystic ovary morphology.

The prevalence rate is estimated to range from 6.5% to 8%. Common symptoms include infertility, irregular menstruation, hirsutism, or other external manifestations of excessive male hormones, such as acne or hair loss.

In addition, evidence indicates that 50% to 70% of patients with polycystic ovary syndrome have insulin resistance, which not only increases the risk of infertility, dysfunctional uterine bleeding, metabolic syndrome, type 2 diabetes, cardiovascular disease but also often accompanied by obstructive Sleep apnea, depression, non-alcoholic fatty liver, and other diseases.

The endothelium is one of the largest organs in the human body, mainly located in the inner wall of blood vessels and lymphatic vessels. It is composed of as many as one trillion cells and weighs more than 1 kg. There are nearly 3 square meters of endothelial tissue in a male of 70 kg body weight. .

The endothelium is involved in many physiological and pathological processes, mainly including thrombosis, anticoagulation, regulation of vascular tone, vasoconstriction, and expansion, angiogenesis, wound healing, fibrosis, barrier function, and inflammatory response.

A cell and human study pointed out that vinegar has the effect of stimulating endothelial nitric oxide synthase synthesis and regulating vasodilation.

*Conclusion: Ingesting apple cider vinegar can prevent cardiovascular diseases by improving vascular endothelial function, but the relevant evidence is still insufficient, and more research is needed to corroborate it.

Due to the high incidence of catheter-associated urinary tract infections, the total cost of medical interventions is staggering. The United States spends approximately 424 million to 451 million dollars annually to control these infections.

Once a catheter-related urinary tract infection develops into an asymptomatic infection, the resulting complications can range from mild (fever, urethritis, and cystitis) to severe (acute pyelonephritis, renal scarring, stone formation, and bacteremia).

*Conclusion: Ingestion of apple cider vinegar may reduce the incidence of urinary tract infections related to catheters, but more large-scale trials are still needed to corroborate it.

In the history of biological evolution, both humans and animals have evolved a redundant mechanism, that is, eating food to promote fat accumulation in order to survive the famine.

However, in the current “pathological environment” or “fat-enriching environment”, assets in the evolutionary process become liabilities, and excess fat accumulation and obesity become the root causes of chronic diseases.

The underlying mechanism may be related to the fact that acetic acid in apple cider vinegar inhibits fat production and stimulates fatty acid oxidation.

*Conclusion: Ingesting apple cider vinegar may reduce the effects of metabolic diseases by improving obesity, but more large-scale research is still needed to prove it.

The appropriate dosage of apple cider vinegar varies according to the age, health, and other conditions of the drinker.

It is recommended to follow the relevant instructions on the product label before use. If there is any discomfort associated with the current use, please consult a pharmacist, doctor, or medical professional immediately.

The best way to incorporate apple cider vinegar into your diet is to use it in cooking. It is generally used to make salad dressings, mayonnaise, or when cooking food.

Or you can take the original solution and dilute it as a drink to drink, the general dosage varies from 5 to 30 ml per day.

It is best to start with small doses and avoid large amounts of citations, as too much vinegar can cause gastrointestinal irritation.

How to choose apple cider vinegar?

Most manufacturers filter and pasteurize products before bottling to prevent the formation of these microorganisms. The biggest feature of these products is the clearer color.

These versions of vinegar can still be used for cleaning, drinking, and cooking purposes, but because the ingredient called the mother of vinegar is eliminated by sterilization or filtration, the benefits are greatly reduced.

Therefore, it is better to choose the brands marked Unpasteurized (unheated disinfection) and Unfiltered at the time of purchase.

Where to buy the most recommended organic apple cider supplements? 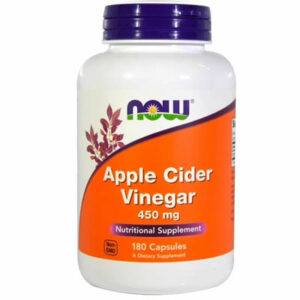