Ginseng (Korea ginseng)is a well-known Chinese and foreign medicinal material. It has been known since ancient times to keep healthy and prevent diseases and delay aging. In addition to being used in diet therapy and tonic, it is also made into various health products.

There are many legends about the origin of the name of ginseng. There is a saying that the hunter climbed into the snow and survived because of the consumption of ginseng. Because of its human-like appearance, the name of life is changing the ginseng that is now known.

What are the benefits of ginseng supplements? Are there any side effects?

What is ginseng (Korea ginseng)?

Ginseng is a perennial herb that has been used by humans for a long time to cure diseases and is known as the king of herbs. It is generally divided into Asian ginseng (Panax ginseng) and American ginseng (Panax uinquefolium). The following will discuss the growth in East Asia A generation of Asian ginseng.

Ginseng can be classified into more than ten species depending on the place of origin, planting method, and processing method. Each has different flavors, returns, and effects, but the main active ingredients are polysaccharides, saponins, peptides, fatty acids, etc. It is considered to have potential effects of immune regulation, anti-fatigue, anti-aging, anti-diabetes, anti-cancer, etc.

According to the origin: Changbai Mountain Ginseng, Korean Ginseng.

What are the benefits of ginseng?

To some extent, the role of ginseng (Korea ginseng) is more difficult to evaluate, and the most important factor is the ginseng of different types/origins/processing methods, in which the medicinal ingredients are not the same.

In addition, most of the researches on ginseng is small-scale short-term studies, the design is not rigorous, and the dosage forms and dosages used are also different, so it is difficult to compare (and the currently available research results are listed below).

In the past few decades, the quality of human semen is declining, which may lead to an increase in male infertility. It is estimated that 48.5 million couples worldwide suffer from infertility.

A systematic review (including 5 studies) pointed out that in these studies, a randomized controlled study reported that the use of Korean red ginseng can improve the sperm quality of infertile men, but other studies have not found this effect.

*Conclusion: As of now, there is no clear evidence that ginseng can help improve the quality of semen, and is limited by the small sample size and error risk. More high-quality research is still needed to further verify.

2. Ginseng has a cognitive enhancement effect (for mild cognitive impairment)

Mild cognitive impairment is considered to be an intermediate state between normal cognitive aging and early dementia.

Individuals diagnosed with mild cognitive impairment may remain stable and return to normal (about 14.4% to 55.6% of patients), but may also progress to dementia.

It is estimated that 40% to 60% of patients with mild cognitive impairment aged 58 years and over have the underlying pathological features of Alzheimer’s disease.

*Conclusion: For mild cognitive impairment, the use of ginseng has a positive effect on cognitive improvement but limited by the small sample size, more large-scale studies are still needed for further verification.

C-reactive protein is a homogenous acute-phase inflammatory protein and a highly sensitive plasma protein. It was first discovered by Tillet and Francis in 1930 when studying the serum of patients with acute-stage pneumococcal infection.

In inflammatory conditions such as rheumatoid arthritis, cancer, certain cardiovascular diseases, and infections, C-reactive protein will increase significantly, and even increase 1000-fold in the site of infection or inflammation.

In addition, there are many factors that can change the baseline level of C-reactive protein, including age, gender, smoking status, weight, blood lipid levels, and blood pressure.

A systematic literature review and meta-analysis (including 7 randomized placebo-controlled trials with a total of 420 participants) pointed out that overall, ginseng supplementation did not significantly help reduce C-reactive protein.

However, subgroup analysis showed that when the baseline level of CRP is greater than 3 mg/dl, ginseng can significantly reduce serum CRP levels.

*Conclusion: For patients with elevated serum C-reactive protein levels, supplementation with ginseng may have a positive effect on lowering the value.

Cholesterol is unsaturated alcohol in steroid compounds. It is necessary for the normal function of all animal cells and a precursor of various important substances, such as adrenal and gonadal steroid hormones and bile acids.

The triglyceride is a kind of glycerin fatty acid ester, which is the main lipid component of animal dietary fat and fat depot.

*Conclusion: For subjects with metabolic syndrome, oral ginseng extract may be positively helpful to improve some blood lipid indicators, but due to the heterogeneity of the included studies, more high-quality studies are still needed to corroborate.

In the past 30 years, the number of patients suffering from diabetes has increased exponentially. The main factors are related to obesity, stress, overeating, and lack of exercise.

A systematic literature review and meta-analysis (including 8 studies) pointed out that for patients with type 2 diabetes or glucose intolerance, ingestion of ginseng can improve the effectiveness of blood glucose control (related indicators include: fasting blood glucose, postprandial insulin, Insulin resistance), and the most notable subjects are those who have not received drugs or insulin therapy.

The underlying mechanism may be related to the regulation of insulin secretion, glucose metabolism and absorption, inflammation pathway, and initiation of the AMPK pathway.

*Conclusion: Ingestion of ginseng is beneficial to blood sugar regulation, but it is limited by possible errors and heterogeneity, and further clinical studies are needed to confirm it.

Angina pectoris is caused by plaque rupture, coronary artery spasm, thrombosis, and imbalance of oxygen supply and demand. It is characterized by compression, suffocation, and inability to breathe in the sternum, and it is most common when physical activity or emotional ups and downs occur.

A meta-analysis of literature (including 18 randomized controlled trials, a total of 1549 patients with angina pectoris) pointed out that the use of ginseng-based prescriptions can produce better symptoms and electrocardiograms than nitrates. Improve the effect.

*Conclusion: For the treatment of angina pectoris, the use of ginseng-based therapy can produce a more significant symptom improvement effect than nitrate drugs.

Acute respiratory disease is a self-limiting viral infection. The main symptoms include fever, tremor, chills, malaise, and dry cough. Rhinovirus and coronavirus (50%-70%) are the most common infections, followed by influenza virus (20%-35%) and adenovirus (5%-10%).

According to the Burden of Disease survey, acute respiratory disease is the disease with the highest morbidity and mortality among children under 5 years of age in developing countries, causes and age, gender, nutritional status, breastfeeding (type and duration), socioeconomic level, and overcrowding, Indoor pollution, passive smoking.

*Conclusion: Korean red ginseng extract may have the effect of preventing acute respiratory diseases, but it is limited by the scale of research, and more large-scale studies are still needed to confirm.

8. Does ginseng reduce the incidence of cancer?

The occurrence of cancer is usually not caused by a single factor. It is caused by the interaction of internal factors (genetic mutations, hormones, and immune conditions) and environmental/acquired factors (tobacco, diet, radiation and infectious diseases).

According to statistics from the United States, local men and women have a 43% and 38% chance of being diagnosed with cancer in their lifetime, and the high incidence is indeed staggering.

A meta-analysis (including 9 studies, a total of 7,436 cancer cases, 334,544 participants) pointed out that overall, compared with non-users, the population of people taking ginseng can reduce the incidence of cancer by 16% risk.

The subgroup analysis also found that for individual types of cancer, such as colorectal cancer, lung cancer, gastric cancer, and liver cancer, the risk reductions were: 23%, 19%, 17%, and 23%.

*Conclusion: Ingestion of ginseng has the effect of reducing the incidence of cancer but is limited by the heterogeneity of the included research, and more large-scale clinical trials are still needed to verify.

A meta-analysis of literature (including 12 randomized controlled trials, 630 participants) pointed out that taking ginseng related supplements has a statistically significant improvement effect on reducing fatigue, but it is not effective for improving physical performance.

*Conclusion: Due to the insufficient number of studies and samples included, there is no sufficient evidence to prove that ginseng has the effect of anti-fatigue and physical fitness, which needs further confirmation by more large-scale studies.

During menopause, due to the dramatic fluctuations of estrogen, it is often accompanied by emotional changes, hot flashes, insomnia, vaginal dryness, decreased libido, impaired cognitive function, and other physical and mental symptoms.

A systematic review (including 10 randomized controlled trials) pointed out that the use of ginseng for menopausal women has the effect of improving sexual function, sexual excitement and hot flashes scores (but hot flash frequency, hormone levels, or endometrium) Thickness has not improved).

*Conclusion: Due to the unknown error risk and small sample size of the included experiments, the use of ginseng to improve the female climacteric barrier is limited and needs more rigorous experiments to prove.

11. Is ginseng beneficial for Alzheimer’s disease?

Alzheimer’s disease was a progressive neurodegenerative disease discovered by the German psychiatrist Alois Alzheimer one century ago, accounting for 75% of all dementia cases and prevalent in people over 60 years old The rate is 3.9%, which is equivalent to 5 million new cases worldwide every year.

As the disease progresses, Alzheimer’s disease often causes various functional disabilities and requires special care. It is the highest of all diseases (11.2.%) during the period of coexistence with disabilities, which is better than stroke, musculoskeletal diseases, and cardiovascular diseases.

A literature review and meta-analysis (including 4 randomized controlled trials, a total of 259 participants) pointed out that due to the inconsistency of related results, whether the application of ginseng to Alzheimer’s disease is effective is currently inconclusive.

*Conclusion: Limited by the small sample size, poor methodological quality, and no placebo control, the effect of using ginseng to improve Alzheimer’s disease is questionable and needs to be confirmed.

Are there any side effects of ginseng?

Ginseng has been used for thousands of years in countries such as China, Japan, and South Korea. It is considered a safe natural supplement in a short period of time, but possible side effects or adverse reactions that have been reported include insomnia, hypoglycemia, loss of appetite, diarrhea, itching, rapid heartbeat, Increased or decreased blood pressure, headache, dizziness, rash, breast pain, mood changes, vaginal bleeding, allergies, etc., especially after an overdose or long-term use.

1. Pregnant women, breastfeeding, infants, and those with poor liver and kidney function should not use it (because the relevant safety is unknown).

2. Do not use for autoimmune patients (such as multiple sclerosis, systemic lupus erythematosus, rheumatoid arthritis), because ginseng may stimulate the immune system and cause the condition to deteriorate.

3. There may be an anticoagulant effect, so people with coagulopathy or taking related anticoagulants should not use it, as it will increase the risk of bruising and bleeding.

4. May produce a weak estrogen effect. Do not take it if you have hormonal sensitive symptoms, such as uterine cancer, breast cancer, endometriosis, uterine fibroids, etc., which may cause symptoms to worsen.

6. Those who accept organ transplantation and take related anti-rejection drugs should not use it, as it may affect the efficacy of the drug.

7. Do not use it with coffee, it may accelerate side effects such as palpitations, sweating, arrhythmia, and nervousness.

9. Do not use in patients with bipolar disorder or taking monoamine oxidase inhibitors (MAOIs), which may cause headaches or manic symptoms.

Where to buy Korean ginseng extract recommended by most people? 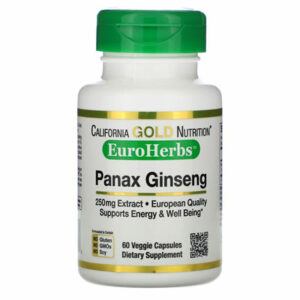