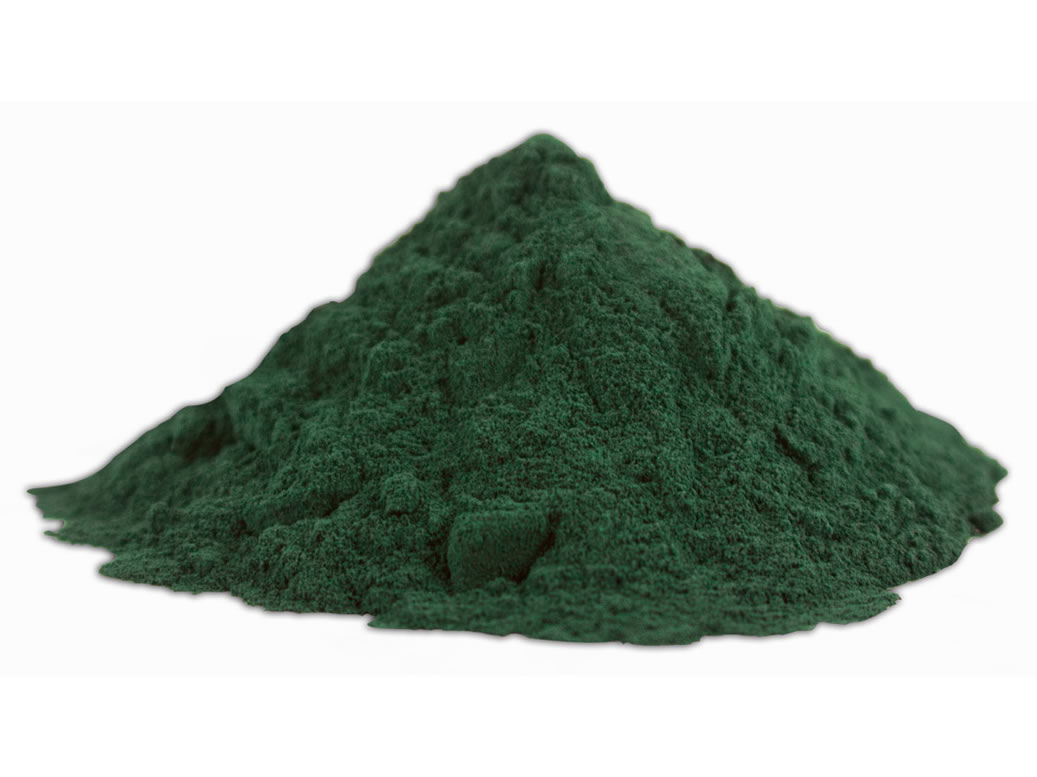 Spirulina, also known as cyanobacteria or blue-green algae, has a history of 3 billion years. It is the earliest multicellular organism on the earth that can photosynthesis and produce oxygen, and because of this abundant oxygen, it can be able to derive subsequent plants and animals.

According to modern research, Spirulina has named the most nutritious food in the 21st century, so it’s been designated by the United States and European Space Agency (NASA) and (ESA) as the main food necessary for the astronauts to perform their missions.

Do you know the benefits of spirulina supplements?

What are the benefits of Spirulina?

1. Rich in various nutrients, it can be called a natural multivitamin

Spirulina can be said to be one of the most nutritious foods on earth, rich in vitamins, minerals (calcium, magnesium, zinc, copper, manganese, etc.), essential fatty acid GLA (or γ-linolenic acid), and more special The protein content is as high as 60-70%, which is higher than that of meat and fish, so it is very suitable as a protein source for vegetarians.

In addition, Spirulina also has a high amount of phytochemicals, including chlorophyll, phycocyanin, astaxanthin, lutein, β-carotene, these are natural antioxidants produced by plants, have enhanced immunity, antibacterial, anti- Various functions such as viruses.

Moreover, because the cell wall is extremely thin, and has high water solubility and easily digestible characteristics (absorption rate can reach 95%), it is the best choice for supplementing nutrition and regulating immunity.

Nutritional status is an important factor in maintaining the health of the elderly and an important determinant in the aging process. Nutritional deficiencies often occur in the elderly, which also indirectly cause physical decline, such as muscle damage, bone loss, immune dysfunction, anemia, cognitive decline, poor wound healing, delayed surgical recovery, and increased mortality.

In addition, malnutrition is the main cause of the underdevelopment and death of young children under 5 years old, especially in developing countries. It is estimated that about 140 million young children are malnourished.

A prospective study (a 30-day study of 50 malnourished young children in Africa) pointed out that Spirulina can significantly improve the nutritional status of subjects (including indicators such as hemoglobin, anemia, and total protein).

Although the progress of science and technology brings convenience to material life, it also produces many industrial wastes and toxic substances.

These environmental pollutants have become the greatest threat to human health, from seeing common diarrhea and pneumonia to cardiovascular disease and cancer, which may be triggered directly or indirectly by these harmful substances.

A systematic review pointed out that Spirulina can assist organisms to counteract the effects of toxic substances (arsenic, carbon tetrachloride, and HCH), and has detoxification and anti-toxic effects.

*Conclusion: Spirulina can be used as an auxiliary natural antidote to fight against some toxins, but most of them are animal experiments and need to be confirmed by more human studies

Hyperlipidemia refers to the high content of fat in the blood, which usually includes triglycerides or fats that are too high. It is easy to accumulate in the blood vessel wall for a long time, causing the blood vessels to narrow, lose elasticity, and even gradually harden and block, causing myocardial infarction and brain Serious illnesses such as stroke.

*Conclusion: Consumption of Spirulina has a positive effect on regulating blood lipids, but due to the heterogeneity of the included studies, more studies are still needed to confirm.

Glucose regulation is the main goal of diabetic patients, and long-term high blood glucose will cause the oxidative pressure to rise sharply and damage organs and tissues. The most common is to increase the incidence of cardiovascular disease by 2-4 times.

A study pointed out that if the diabetic patients’ glycated hemoglobin concentration (Hemoglobin A1c levels, a long-term indicator of blood glucose observation) can be reduced by 1% (for example, from 9% to 8%), it can reduce the risk of diabetes-related death by 21%.

Animal studies have found that Spirulina has a hypoglycemic effect, and the efficiency is not lost to the common type 2 diabetes medication Metformin.

In addition, experiments on humans have also found that the consumption of Spirulina (2 g per day) also has a significant effect of lowering blood sugar, but because the sample size is small and the experimental period is only 2 months, the results need to be further confirmed.

Inflammation is an important mechanism for humans to maintain life. It is an important tool for the body to fight foreign bacteria, viruses, or repair the body. However, modern people often suffer from uncontrolled inflammation due to factors such as eating disorders and excessive stress.

Medical research has also found that chronic inflammation is the cause of almost all diseases, including major diseases such as cardiovascular disease, diabetes, Alzheimer’s disease, hypertension, cancer, etc. If the inflammation can be controlled, the incidence of these diseases can be reduced. rate.

According to research, the unique phytochemical phycocyanin in Spirulina has excellent antioxidant and anti-inflammatory effects, which can effectively reduce harmful free radicals in cells and slow down the inflammatory response.

Cholesterol has high density and low density, and low-density cholesterol is easily oxidized and deposited in blood vessels, which is the culprit causing vascular sclerosis, so it is called bad cholesterol.

Studies have found that many natural foods have cholesterol-improving effects. Spirulina is one of them. If you can take 1g daily, it can effectively reduce 10.1% of bad cholesterol (LDL) and 16.3% of total cholesterol.

Due to the generally low food intake of women and the loss of the physiological period, anemia is a common disease in women, and there are many reasons for anemia, of which iron deficiency anemia accounts for about 70%.

According to preliminary research, taking Spirulina can increase heme, which has the effects of improving anemia and boosting immunity.

The traditional treatment requires long-term use of anti-inflammatory drugs, which often causes side effects and patient inconvenience. Spirulina found in clinical double-blind controlled studies that it may improve allergic rhinitis, have immune regulation, improve nasal congestion, and runny nose. effect.

Hypertension is a common disease for adults over 45 years old. The prevalence rate in Taiwan and Hong Kong alone is more than 40%. Because there are almost no symptoms at the initial stage, complications will occur once the disease worsens, such as cerebral hemorrhage or myocardial infarction. Those who are light will also have serious sequelae, greatly affecting the quality of life.

It has been found in clinical studies that Spirulina can promote the release of nitric oxide from vascular endothelial cells, can help relax blood vessels, and has a blood pressure-lowering effect.

Cancer can be said to be the greatest threat to human health in the 21st century. The reason why cancer is terrible is not only because it is lethal, but also the recurrence rate is high even after treatment.

Spirulina has been found to have the effect of inhibiting cancer cells in animal experiments. Note 9 In addition, clinical studies on humans have found that taking Spirulina (1 g per day) can effectively inhibit precancerous lesions of oral cancer, in addition to the effect Do not lose to the anticancer drug Pentoxyfilline, and have no side effects.

Oxidative stress caused by exercise is the main cause of muscle fatigue. It has been found in several studies that taking Spirulina can effectively increase endurance and muscle strength during exercise, and then slow down the occurrence of fatigue, which is a great boon for sports enthusiasts. .

Are there any side effects of Spirulina?

Spirulina is eaten by humans and can be traced back to the Egyptian era thousands of years ago (according to the Holy Broker). It can be regarded as a very safe natural food. However, Spirulina is easily affected by the environment when it is grown. If the water quality is polluted, it may be produced. Algae that are full of bacteria and harmful substances can cause side effects such as liver and kidney damage, diarrhea, etc., so please look for a reputable and certified brand when buying.

Precautions for use, please avoid Spirulina in the following situations

Patients with iodine allergies or hyperthyroidism (since Spirulina contains iodine)

People who have been allergic to seafood or seaweed

Where to buy the highest quality Spirulina? 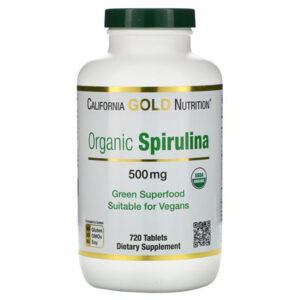