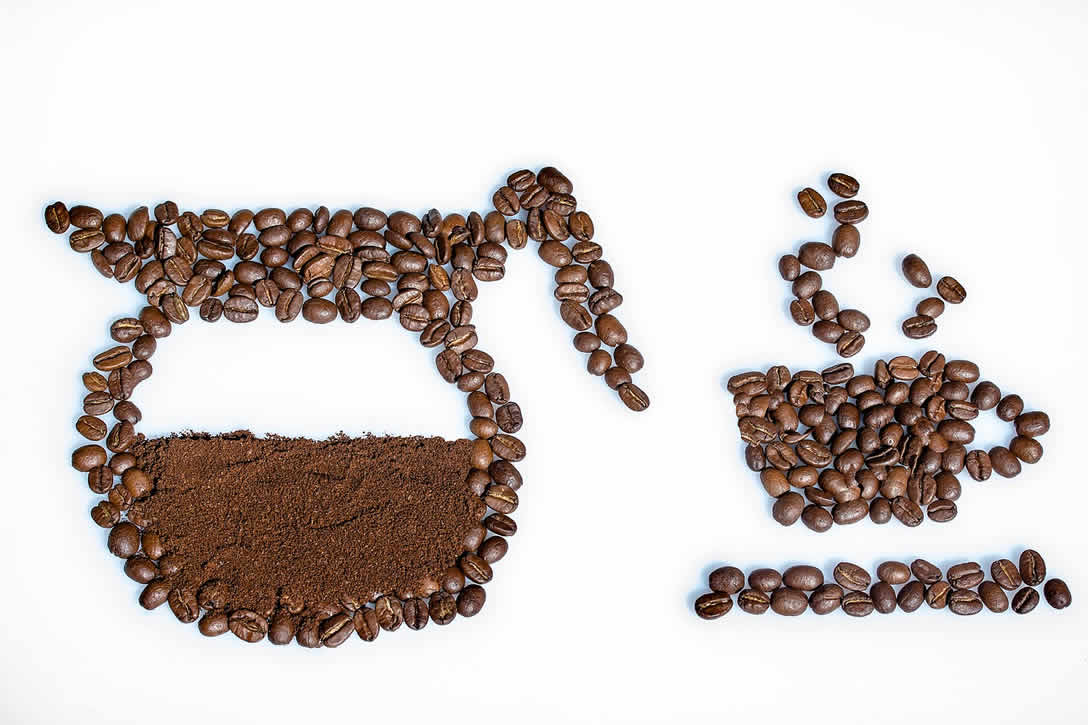 After being discovered thousands of years ago, coffee is popular all over the world due to its special flavor and refreshing effect. It is the world’s most flavored and health-preserving drink. Do you know coffee benefits and side effects?

Because coffee beans are rich in plant antioxidants, their antioxidant efficacy is even higher than similar cocoa, green tea, and black tea. A study in the Journal of Nutrition also pointed out that coffee is the largest intake of antioxidants in the adult diet Source, this result makes many people fall through the glasses.

When it comes to drinking coffee, most impressions are limited to refreshing, and in the past were always considered irritating and easy to produce, so many people love and fear.

However, according to many epidemiological observations, it is confirmed that drinking coffee in moderation can help health and reduce the incidence of various diseases (such as brain and cardiovascular disease, diabetes, liver disease, etc.).

What are the scientifically proven benefits recommended for drinking coffee?

In the past, people only had to worry about being full and skinny, but now due to changes in lifestyle, the diet is too refined, resulting in high obesity rates, and the overweight population has almost surpassed the slim population.

For most people (especially women), weight loss is a journey that has been experienced, but most of the time, it is always aimlessly moving forward. Due to different physiological structures, women have to bear the important task of multiplying the next generation. Therefore, it is easier to store fat, which is helpful to maintain body temperature and provide energy sources, so it is more difficult to maintain standard weight than men.

Several studies have found that caffeine in coffee can affect energy balance and increase thermogenesis, which can help to increase the metabolic rate of 3-11%.

Another study found that caffeine helps weight-loss people maintain their weight. The underlying mechanism is related to the fact that drinking coffee can increase energy consumption and reduce calorie intake (which can have an appetite suppressing effect). If you can combine coffee and exercise, you can achieve the better fat burning effect (compared to exercise alone)

Hypertension is currently the most common chronic disease among adults, with a prevalence rate of up to 25% (approximately 1 billion people). It is estimated that it may increase by 60% by 2025.

90% of high blood pressure is an unexplained primary symptom, but it is usually related to diabetes, cancer, cardiovascular disease, chronic respiratory disease, asthma, and musculoskeletal diseases.

A meta-analysis (Meta-Analysis, including 7 population studies, 205,349 participants) pointed out that increasing coffee intake can moderately reduce the risk of hypertension, and in linear dose-response, daily An extra cup of coffee can reduce the risk of high blood pressure by 1%.

The underlying mechanism is related to the antioxidant and nitrous oxide production effects of chlorogenic acid, which can inhibit free radicals and promote the health of vascular endothelial cells.

*Conclusion: Daily coffee consumption is negatively correlated with the incidence of hypertension, moderate intake can reduce the risk of disease

3. Reduce the risk of liver cancer

Liver cancer is a common cancer of the digestive tract organs, ranking 5th and 8th in the men and women cancer rankings, especially hepatocellular carcinoma is the most common, accounting for about 80%.

Among the causes of hepatocellular carcinoma, 70% to 90% of patients have a history of chronic liver disease or cirrhosis, the main risk factors include viral hepatitis, alcoholic liver disease or non-alcoholic fatty liver, and other obesity, diabetes, genetic diseases And food contaminated with aflatoxin.

A meta-analysis of literature indicates that (meta-analysis, including 16 observational studies of liver cancer populations), people with coffee drinking habits can reduce the risk of Hepatocellular Carcinoma by an average of about 40%.

The same study also found that the hepatoprotective effect of coffee remains consistent regardless of ethnic group or subgroup (eg gender, alcoholism, hepatitis, or history of liver disease).

Another comprehensive analysis of the literature on dose-response analysis also pointed out (meta-analysis, including 18 population observation studies), drinking 1 cup of coffee per day can reduce the risk of liver cancer by 15% (but there is no obvious association with the risk of biliary tract cancer).

*Conclusion: Population observation studies have found that people who have coffee drinking habits can help reduce the risk of liver cancer.

Dementia is one of the most feared diseases of the elderly, and Alzheimer’s disease is the most common among them, accounting for 70% of all cases, the prevalence rate has increased from 1% after 60 years old to 35% at 90 years old.

Alzheimer’s disease is a neurodegenerative disease. The initial symptoms include loss of memory and sense of direction, impaired judgment, decision-making ability, and language barriers. In the middle and later stages, various mental symptoms such as depression, indifference, anxiety, agitation, and delusions begin to appear. , Hallucinations, etc., make the family members of patients suffer from difficulties in care.

A meta-analysis (including 11 prospective studies, with a sample size of 29115 people) pointed out that although drinking coffee did not significantly improve cognitive decline and dementia index, it was found to be helpful in subgroup analysis. 27% of the risk of Alzheimer’s disease (the most ingested compared to the least)

The underlying mechanism is believed to be related to the fact that the ingredients in coffee have the effect of inhibiting Adenosine Receptor Antagonists, which can slow down the nervous system damage caused by the accumulation of beta-amyloid plaques, but still Pending further verification for further confirmation.

Non-alcoholic fatty liver disease is an ectopic fat disease. It is the most common liver disease in Western countries. About one in three people suffer from it. The patient is usually asymptomatic (but the non-specific symptoms that have been reported include fatigue and Right upper abdomen discomfort).

Fatty liver means that fat accumulates abnormally in hepatocytes (obesity and diabetes are the main causes). Depending on the degree of disease, the progression of the disease from light to heavy can be divided from steatosis, steatohepatitis, fibrosis, and even cirrhosis. A serious complication is a hepatocellular carcinoma.

6. Reduce the incidence of type 2 diabetes

Diabetes is one of the fastest-growing diseases in the world. It is caused by obesity, lack of exercise, and poor eating habits. According to statistics of the World Health Organization, 9% of the world’s population over 18 years of age suffer from diabetes. If the long-term blood sugar is out of control, it will cause Blind, amputated, kidney failure, and other symptoms that are difficult to reverse.

Many studies have found that coffee drinking has an inverse relationship with the incidence of diabetes. The incidence of large intakes is much lower than that of non-intakes, and each cup of coffee can reduce the relative risk by an additional 7%

In a large Systematic Review (including 193,000 men and women), it was pointed out that those who drink 6 cups of coffee a day can reduce the risk of diabetes by 35%, while those who drink 4-6 cups reduce it by 28% (compared to Drink less than 2 glasses).

Another Cohort Study (including 41,934 men and 84,276 women) also observed that if more than 6 cups of coffee are consumed daily, men and women can reduce the incidence of type 2 diabetes by 54% and 29%, respectively (compared to those who did not drink).

The underlying mechanism is believed to be related to the chlorogenic acid-chlorogenic acid and trigonelline in coffee beans. Both of these substances have been found to have effects of lowering blood sugar and improving insulin concentration (found in oral glucose tolerance tests).

7. Reduce the incidence of cardiovascular disease

Cardiovascular disease is a health killer after cancer, especially for the elderly, with high morbidity, high mortality, high disability rate, and other characteristics.

Earlier in several studies, it was believed that drinking coffee may increase the risk of coronary heart disease, but after years of verification and confirmation, drinking coffee in moderation still helps cardiovascular health.

In a large Finnish/Finnish observation (including 59,490 people for an observation period of 19.2 years), it was found that women’s daily intake of 1 to 2 cups of coffee reduced the risk of heart failure by 27% (compared to those who did not drink).

Another large observation on diabetics also found that drinking coffee helps reduce 30% all-cause mortality and the risk of dying from cardiovascular disease.

8. Reduce the incidence of stroke

Stroke is mainly divided into hemorrhagic and ischemic vascular lesions. Since the brain is one of the most oxygen-consuming organs in the body (10 times the heart), once the cerebral blood vessels are blocked or bleeding while delivering oxygen or energy, nerve cells are prone to If damage occurs, if the cerebral artery blood flow is interrupted within 30 seconds, the damaged cells may recover.

If the cerebral artery blood flow is interrupted for more than 5 minutes or even several hours, the nerve cells have almost been destroyed, so it is very important to maintain the normal function of cerebral blood vessels.

Other observations have also found that people who drink 3-4 cups of coffee a day can reduce the chance of dying from stroke by 23% (compared to those who drink less than 2 cups), while those who drink 5 to 6 cups have a 36% reduction.

Whether you are a professional athlete or just an occasional sports person, improving sports performance through various scientific methods will not only make you feel more accomplished but also enhance the motivation to continue.

In the research, it was found that caffeine can increase epinephrine (epinephrine) in the blood. Epinephrine is a kind of hormone. It is usually secreted in large amounts when faced with reactions such as war or flight so that the body can cope with a large amount of physical energy consumption.

In addition, caffeine can also promote fat cells to release fatty acids and enter the blood for energy use.

Combining the above two effects, it is mentioned in a comprehensive analysis of exercise testing (Meta-analysis/including 40 double-blind tests) that caffeine can improve sports performance, and the average score can be improved by 12.3% (especially sports that require endurance) Note 16

What are the side effects of drinking coffee? (harm)

For long-term coffee drinkers, if you suddenly stop or reduce the number of cups, caffeine withdrawal may occur. Common symptoms include headache, fatigue, irritability, difficulty concentrating, and low mood.

Drinking coffee may increase blood pressure by 3-4 mm/Hg. For coffee drinkers, these effects will gradually disappear (due to the development of tolerance).

However, some studies also pointed out that the emergence of tolerance is not complete, especially for certain ethnic groups (such as hypertensive patients, overweight people, and elderly people), may have a strong effect of increasing blood pressure, so you should pay attention to avoid excessive consumption of caffeine.

Some drugs can interfere with the metabolism of caffeine in the liver and may increase the side effects associated with caffeine (eg, Tagamet, Antabuseestrogens, Diflucan, Luvox, Mexitil, Lamisil).

For those with insufficient calcium intake, ingesting coffee (more than 4 cups, about 330 mg of caffeine) may increase the risk of osteoporosis.