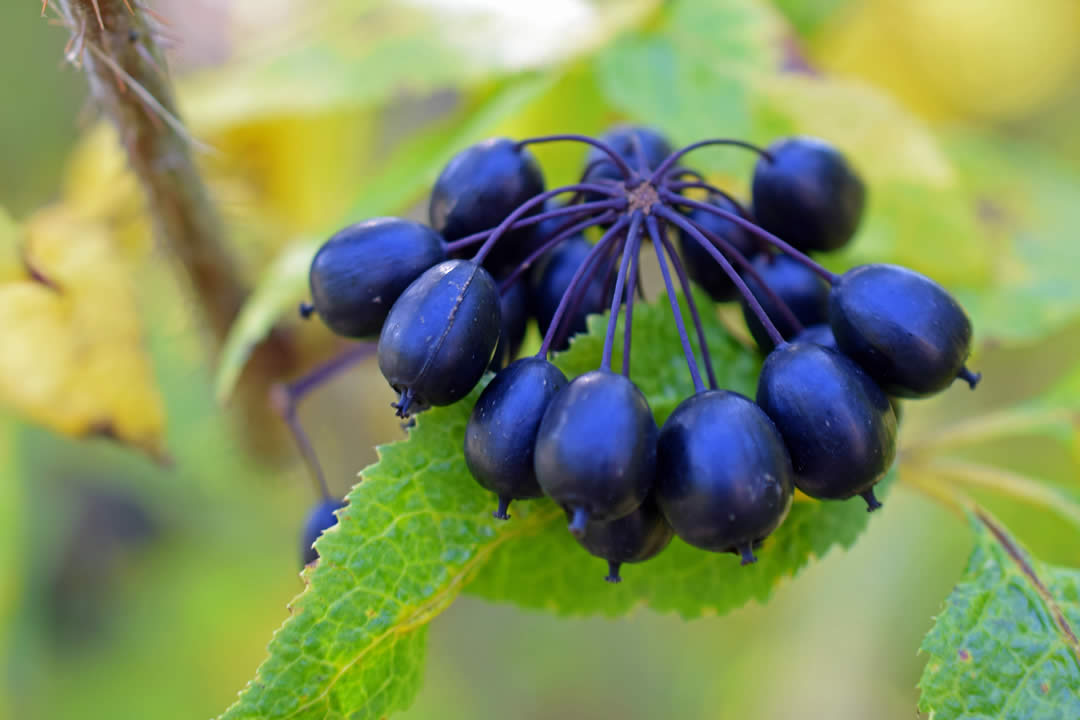 Eleuthero, also known as Siberian ginseng, is regarded as an adaptogen in traditional medicine, which means it can regulate physiological functions and help fight physiological or psychological stress.

Eleuthero has been used in oriental folk medicines for thousands of years and has beneficial effects on physical and mental stress, fatigue, chronic bronchitis, ischemic heart disease, gastric ulcer, and allergic reactions.

Do you know what are eleuthero benefits and side effects?

Eleuthero is a medicinal plant-derived from the coniferous forest zone of East Asia cold zone (such as China, Russia, Japan). It is the same as common ginseng and western ginseng, but the medicinal properties are slightly different.

The main active ingredients are roughly saponins, lignans, polysaccharides, flavonols, triterpenes, and anthocyanins. The leaves are classified as food and are also used for tea, soup, and wine.

The root and stem tissues of Eleuthero are often made into tinctures or capsules, which have various pharmacological effects, including anti-fatigue, improving learning, improving vitality, anti-inflammatory, enhancing immunity and antidepressant effects, neuroprotection, but as of now, related science The literature is still not much

What are the benefits of Eleuthero?

A systematic review (including 4 randomized controlled trials) pointed out that Andrographis paniculata combined with Eleuthero extract may be an appropriate alternative treatment method for uncomplicated acute upper respiratory tract infection.

*Conclusion: The compound extract containing Eleuthero may be positively helpful in relieving upper respiratory tract infection. However, more research is still needed to confirm whether it is effective when used alone.

As portable media devices such as smartphones become more and more common in our lives, they are also increasingly capable of assisting and even replacing various cognitive functions, which can be used as phonebooks, appointment calendars, Internet portals, calculators, Maps, game devices, etc., it seems that it can perform almost unlimited cognitive activities for us and meet many of our emotional needs.

However, relying on smartphones and related technologies will not help our cognitive function. On the contrary, it will have a negative impact on our ability to think, remember, focus, and regulate emotions.

A randomized double-blind placebo-controlled study (for 40 healthy women aged between 20 and 68) pointed out that ADAPT-232 extract (containing Rhodiola Rosea, Schisandra, and Eleuthero) compared to placebo It can improve attention, speed, and accuracy under stress.

*Conclusion: The extracts of Eleuthero may be helpful for improving cognitive function, but more research is still needed to confirm the effectiveness of its use alone.

Numerous studies conducted over the past 40 to 50 years have consistently shown that carbohydrates are the main macronutrients for maintaining and improving body functions.

The intake of carbohydrates is used by athletes to provide a fuel base to improve athletic performance, support the immune system, and increase the bioavailability of other supplements (such as protein supplements).

*Conclusion: Eleuthero may be helpful for improving sports performance, but it is limited by the small sample size, and more research is needed to prove it.

Osteoporosis is a bone disease characterized by reduced bone mass and degeneration of bone tissue microstructure. As a result, bone tension and strength are reduced, and the risk of fragility fractures is increased.

*Conclusion: Eleuthero may have a positive effect on bone metabolism, but more long-term studies are still needed to confirm its clinical benefits.

Osteoarthritis (Knee Osteoarthritis) is a degenerative joint disease involving cartilage and surrounding tissues. In addition to the damage and loss of articular cartilage, there is the remodeling of the sub-articular bone, the formation of osteophytes, relaxation of ligaments, weakening of the muscles around the joints, and in some cases synovial inflammation.

The main symptoms include joint pain, stiffness, and limited mobility. Disease progression is usually slow, but eventually, it can lead to joint failure.

*Conclusion: The herbal compound containing Eleuthero may help to improve knee osteoarthritis, but more research is still needed to confirm the clinical benefit of using it alone.

One of the most common adverse consequences of drinking alcohol is a hangover. By definition, once the blood alcohol concentration returns to zero, the hangover begins, which is characterized by a general sense of pain that lasts for 24 hours.

*Conclusion: Eleuthero extract may be helpful for improving hangover, but more research is needed to prove it.

The disease is related to mutations in the MEFV gene that encodes pyrin, which leads to increased inflammation through the uncontrolled production of interleukins.

Untreated or undertreated patients are at risk of amyloidosis, which is an important cause of morbidity and mortality.

*Conclusion: The herbal compound of Eleuthero may be helpful in improving familial Mediterranean fever, but more research is still needed to confirm the benefits of using it alone.

Bipolar Disorder is a very recurrent, severe mental symptom that leads to disability, often with periodic high or low mood.

The main symptoms include more words in the manic period, increased activity, risky behavior, impulsive performance, etc., and severe depressive symptoms in the depression period, such as untreated, not only cause impaired life function but also increase self-mutilation and suicide rates, causing heavy families Social burden.

A double-blind controlled study (for 6 weeks, targeting 76 adolescents with bipolar disorder) compared the treatment effects of group A: Eleuthero with lithium salt and group B: fluoxetine with a lithium salt.

It was found that the response rate and remission rate of the two groups had similar results, which were 67.6% vs 71.8% and 51.4% vs 48.7%, respectively. There are fewer groups and better tolerance.

*Conclusion: Eleuthero combined with lithium salt may be helpful in improving bipolar disorder, but more research is still needed to confirm the benefits of using it alone.

Chronic fatigue syndrome is mainly characterized by unexplained severe fatigue, and without any underlying physical conditions, even after a rest, it cannot be improved.

Although the cause is unknown, the medical community believes that it may be related to viral infection or psychological stress, and may be caused by a variety of factors. Millions of people in the United States alone suffer from this disease, and the incidence of women is twice that of men ( It is common after age 40), and most are undiagnosed.

A controlled study pointed out (2 months, including 96 patients with chronic fatigue syndrome), taking Eleuthero may have a partial relief effect on mild fatigue, but because the experimental design is not accurate enough, and the number of samples is too small, it needs more The study further verified.
10. Eleuthero benefits the quality of life of the elderly

Due to the improvement of medical standards and the decline in birth rate, most advanced countries are facing an aging society phenomenon of the aging population. With the increase of the elderly population, the chronic diseases of the elderly are accompanied by an increase in the need for elderly care.

In the care of the elderly, healthy life promotion is an important concept. It refers to the implementation of a healthy lifestyle for elderly people with chronic diseases. Although the disease cannot be cured immediately, it can reduce symptoms, increase the adaptability of the body and mind, and reduce resistance during the aging process.

A small double-blind controlled study found that (8 weeks, the subject is 20 seniors), Eleuthero can help improve the mental health and social function evaluation scores of the subjects (70% of the Eleuthero group thinks the prescription is effective), Compared with 20% of the placebo group, but the difference between the two groups gradually decreased after continued use.

Blood lipids are roughly divided into two types, cholesterol and triglycerides, and when one of them is too high, it is collectively called hyperlipidemia.

Cholesterol is a white waxy substance, which is an important substance for cell membrane structure and maintenance of physiological functions. When the amount is too large, it is easy to accumulate in blood vessels and cause disease related to blood vessels.

Most people only care about the amount of total cholesterol during the health check. In fact, the ratio of low-density and high-density cholesterol is also very important. If the ratio between the two is greater than 3.5, it will greatly increase the chance of cardiovascular disease.

Are there any side effects of Eleuthero?

Eleuthero is safe for most adults by oral administration in the short term, but possible side effects or adverse reactions that have been reported include: irritability, heart rhythm changes, headache, anxiety, muscle cramps, insomnia, vomiting, diarrhea, fever, Gastrointestinal discomfort, urticaria, nausea, drowsiness, etc., and the excessive dose may increase blood pressure.

1. Do not use if you have been allergic to Eleuthero or Araliaceae plant, it may induce allergic reactions.

2. Poor blood coagulation function, those taking anticoagulant drugs and those two weeks before surgery should not be used (due to the anticoagulant effect of Eleuthero, which may cause bruising or bleeding), the related drug names are: Aspirin, clopidogrel, diclofenac, ibuprofen, naproxen, dalteparin, enoxaparin, heparin, warfarin

3. Do not use herbal health ingredients that may affect blood clotting function. Common red yeast, ginkgo leaves garlic, and saw palmetto are common.

4. Do not use it for pregnant women, breastfeeding women, children, liver, and kidney dysfunction (the relevant safety is unknown).

5. Patients with autoimmune diseases (such as rheumatoid arthritis, lupus erythematosus, xerosis, Crohn’s disease, etc.) should be used with caution, because Eleuthero (Siberian ginseng) may have an immune-enhancing effect.

6. Do not use in combination with sedatives, antidepressants, barbiturates, corticosteroids, anesthetics, immunosuppressants, Digoxin, diabetes drugs, Lithium, and other drugs (may interfere with the action of the drug and cause adverse reactions).

7. If you have symptoms of mania or schizophrenia, please use it with caution (may worsen the symptoms).

8. People with estrogen-sensitive diseases, please be careful, such as uterine cancer, breast cancer, ovarian cancer, endometriosis, uterine fibroids (Some components of Eleuthero may have estrogen-like effects and may worsen symptoms).

9. The excessive dose may cause abnormal heart rhythm and blood pressure, so patients with heart disease (such as arteriosclerosis, rheumatic heart disease or history of heart attack) should be used with caution or under the supervision of a doctor.

10. Please use it with caution if you are diabetic or taking hypoglycemic drugs. As it may affect blood sugar control, please monitor your blood sugar regularly. The names of related drugs are glimepiride, glyburide, insulin, pioglitazone, rosiglitazone, chlorpropamide, glipizide, tolbutamide.

11. Do not use if you take high blood pressure medications and have abnormal blood pressure values ​​(too high or too low), which may cause symptoms to worsen.

12. Do not use in combination with alcoholic beverages, as it may cause drowsiness caused by alcohol.

13. Do not use in combination with Digoxin, atrial fibrillation, and heart failure treatment drug, which may affect the efficacy of the drug

14. Do not use in combination with psychiatric treatment drugs, such as clonazepam, lorazepam, phenobarbital, zolpidem, Lithium, or SSRI, which may affect the efficacy of the drug.

15. Do not use it together with drugs that need to be metabolized by the liver cytochrome P450 enzyme system, which may affect the efficacy of the drug or increase the side effects of the drug. The names of the related drugs are as follows:

Eleuthero brand recommendation / where to buy?