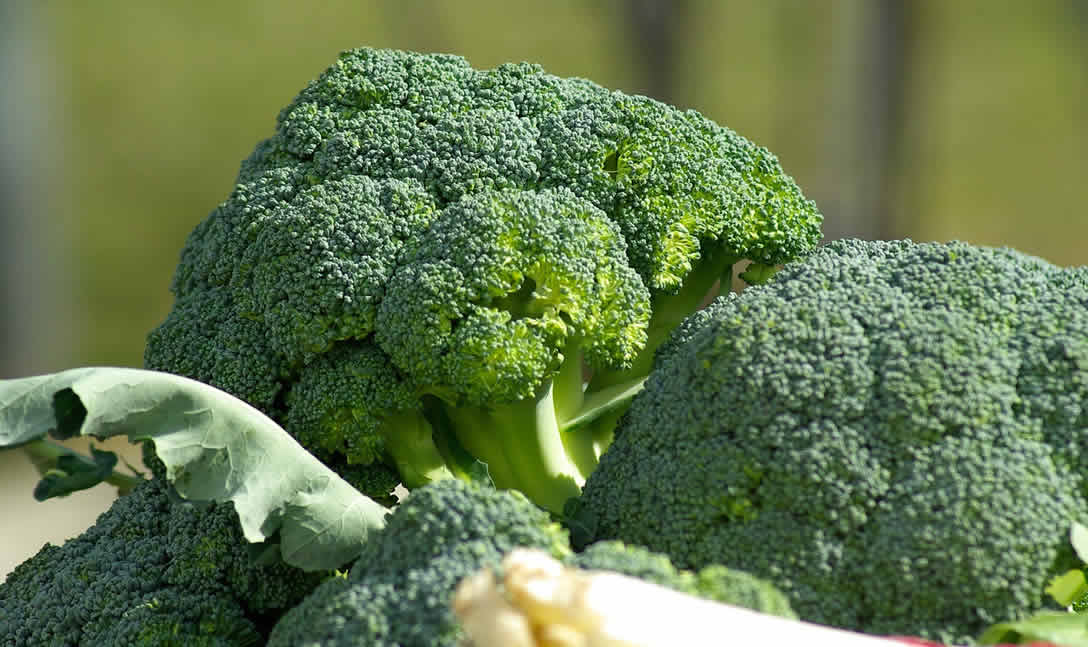 Epidemiological investigations have found that eating a diet rich in cruciferous vegetables (cabbage, cabbage, broccoli, and cauliflower) has always been considered healthy, and the key is the glucosinolates.

Sulfur glycoside compounds have a pungent odor and spicy taste, the main role in plants is as a natural anti-insect agent, but also reduce the chance of being eaten by herbivores.

Under the acidic conditions of the gastrointestinal tract, Indole-3-carbinol undergoes a rapid self-condensation reaction, producing a variety of by-products, one of which is diindolylmethane (DIM). These products can strengthen the liver’s first-stage detoxification reaction and are It’s believed to be helpful in anti-cancer and therefore has received extensive attention.

A large amount of evidence indicates that the anticancer effect of Indole-3-carbinol comes from the regulation of multiple signaling pathways, such as apoptosis, cell cycle progression, hormonal balance, DNA repair, angiogenesis, and multi-drug resistance.

In addition, Indole-3-carbinol as a chemopreventive agent that can fight estrogen-responsive cancers, such as breast cancer and cervical cancer. It inhibits estrogen receptor signaling and changes cytochrome P450-mediated estrogen metabolism. It acts as a negative regulator of estrogen.

What are the benefits of Indole-3-carbinol?

Breast cancer is one of the most common cancers among women worldwide (accounting for 25% of all cancers), and more than 1.5 million women are diagnosed each year.

Because breast cancer is metastatic cancer, it can usually be transferred to distant organs such as bone, liver, lung, brain, etc. This is mainly the reason for the difficulty of curing, so early diagnosis can obtain a good prognosis and a high survival rate ( The 5-year relative survival rate is above 80%).

A study (targeting 17 women with high-risk breast cancer) pointed out that supplementation with Indole-3-carbinol can increase the activity of the foreign body metabolic enzymes cytochrome P450 1A2 and Lymphocyte glutathione S-transferase, and increase the proportion of estrogen metabolites (with 2-hydroxy estrone /16alpha-hydroxy estrone).

*Conclusion: Taking Indole-3-carbinol orally may help increase estrogen metabolism, but there is still a lack of relevant human evidence for preventing breast cancer.

Cervical cancer is the third most common female cancer in the world. Before it became invasive, cervical cancer was caused by a progressively worsening lesion in the epithelium, called cervical intraepithelial neoplasia (CIN).

This type of cervical precancerous lesion usually does not cause pain or any other symptoms (unless it is screened, it cannot be detected).

Once it develops into cervical cancer or invades nearby tissues, the most common symptoms are a large amount of foul-smelling vaginal discharge, abnormal bleeding or intermenstrual bleeding, bleeding after sexual intercourse, bleeding after menopause, or back pain.

*Conclusion: Due to the inconsistency of related results, the application of Indole-3-carbinol to improve cervical intraepithelial neoplasia is still controversial and needs further research to further verify.

Recurrent Respiratory Papillomatosis is a rare throat disease caused by infection with human papillomavirus, which can be life-threatening if it involves the trachea and bronchi.

Because of its non-specific clinical manifestations, it is easy to be mistaken for asthma, acute laryngitis, upper respiratory tract infection, or bronchitis.

A preliminary study (mean follow-up of 17 months, the subject was 18 patients with recurrent respiratory papillomatosis) pointed out that oral Indole-3-carbinol (daily dose of 400 mg for adults and 10 mg/kg in children) can reduce nipples The growth rate of tumors and related surgical events can also increase the ratio of estrogen metabolites.

*Conclusion: Oral Indole-3-carbinol may have a positive effect on the improvement of recurrent respiratory papilloma, but it is limited by the small sample size, and more research is needed to prove it.

Vulval intraepithelial neoplasia is a precancerous lesion that occurs on the genital skin of female genitalia. It affects women of any age, but it is more common under the age of 50, and it may progress to vulvar invasive cancer without treatment.

Vulvar intraepithelial neoplasia may be asymptomatic, or various symptoms may appear, such as itching, discomfort, a burning vulva sensation, or difficulty having sexual intercourse. Clinical examination can find red, brown, or white vulvar lesions, the appearance can appear flat or condyloma acuminatum.

*Conclusion: Indole-3-carbinol may provide positive help for vulvar intraepithelial neoplasia, but it is limited to a small number of samples and more research is still needed to confirm its clinical benefit

Are there any side effects of Indole-3-carbinol?

For most people, it is safe to use Indole-3-carbinol in moderation, but the side effects or adverse reactions that have been reported include rash, diarrhea, balance problems, tremor, and nausea, especially in large doses.

1. Do not use in pregnant women, breastfeeding women, or those with poor liver and kidney function (because the relevant safety is unknown).

2. There have been cases where taking Indole-3-carbinol caused a slight increase in the liver index (ALT).

3. Do not use drugs that are subject to liver metabolic enzymes (Cytochrome P450 1A2), which may affect the efficacy of the drug. The names of related drugs are clozapine, cyclobenzaprine, fluvoxamine, haloperidol, imipramine, mexiletine, olanzapine, pentazocine, propranolol, tacrine, theophylline, Zileuton, zolmitriptan.

4. Do not use in combination with antacid, H2 antagonist and Proton-pump inhibitor, which may affect the effect of Indole-3-carbinol

Where to buy the most recommended Indole-3-carbinol capsules? 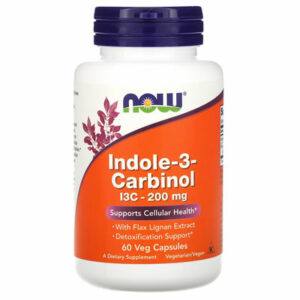