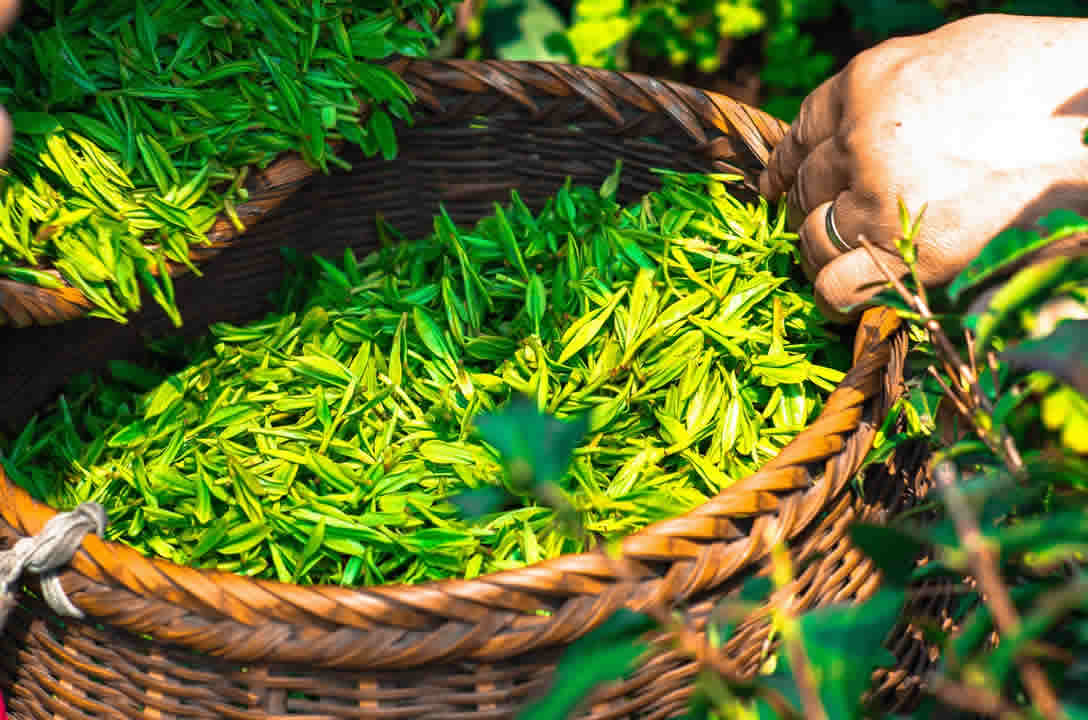 L-Theanine is an important indicator for evaluating the quality of green tea because its unique aromatic sweetness helps to remove the bitterness of caffeine and the astringency of tea polyphenols, which greatly affects the flavor of the tea.

L-Theanine is estimated to account for about 1% to 2% of the dry weight of tea. A cup of tea contains about 25 mg of L-Theanine.

Do you know L-Theanine’s benefits and side effects?

L-Theanine is a unique amino acid found in green tea. It is also commonly found in other types of camellia and mushroom plants. Its chemical structure is similar to the neurotransmitter: glutamic acid.

In the research, it was found that L-Theanine is related to many physiological functions, such as immune response regulation, anti-tumor, relaxation of nervous tension, and antioxidant stress.

What are the benefits recommended by L-Theanine?

A major depressive disorder is one of the most common mental disorders, not only manifested as severe disturbances of emotion and mood, but also accompanied by cognitive dysfunction, sleep and appetite disorders, fatigue, and other metabolic, endocrine or inflammatory changes.

In addition to genes related to depression (50% is caused by genetic factors), it may also be caused by traumatic emotional experience or other disease factors such as stroke, multiple sclerosis, Parkinson’s disease, Cushing’s disease, and hypothyroidism Caused.

Women have a higher prevalence of depression due to hormonal factors (between 1.5 and 2.5 times that of men), especially during premenstrual changes, pregnancy, miscarriage, postpartum period, and menopause.

An open-label study (8 weeks for 20 patients with depression) pointed out that oral L-Theanine preparations can have a beneficial effect on patients’ symptoms of depression, anxiety, sleep disorders, and cognitive disorders.

The underlying mechanism may be related to L-Theanine increasing the level of inhibitory neurotransmitters in the central nervous system, such as glycine (glutamate) and gamma-aminobutyric acid (GABA).

*Conclusion: L-Theanine is positive for depression patients, but it is limited to small sample size, and it needs to be further verified by more large placebo-controlled clinical trials.

Stress can be defined as any situation that disrupts the balance between an organism and its environment.

In daily life, there are many stressful situations, such as work stress, exams, psychological stress, trauma, surgery, and physical stress caused by various diseases.

In addition, in people with high anxiety traits, the alpha wave of the brain is also significantly increased (but not related to the above-mentioned stress reduction response).

Schizophrenia is a chronic, disabling disease, usually associated with dysfunction in the social, cognitive, and emotional fields.

Anxiety disorders are also common in schizophrenia and are a powerful predictor of subjective quality of life.

A double-blind, randomized, placebo-controlled study (an 8-week study of 60 patients with schizophrenia and schizophrenia who received antipsychotic drugs) pointed out that L-Theanine helps improve anxiety compared to placebo, Positive and initiating symptoms (measured by Positive and Negative Syndrome Scale).

*Conclusion: The use of L-Theanine in addition to regular drug therapy can help improve the effectiveness of treatment, but the results still need to be confirmed by more large-scale trials.

According to a large-scale census, the lifetime prevalence of anxiety disorders is 30.5% for women and 19.2% for men.

It was found that theanine may have some relaxing effects in the resting state.

However, under the experimentally induced anxiety state, neither L-Theanine nor alprazolam showed an effect against acute anxiety.

*Conclusion: In the resting state, theanine has calming and relaxing effects, but if it is in the experimentally induced anxiety state, neither theanine nor drugs (alprazolam) can bring an anti-anxiety effect.

Cold symptoms usually last for 1 to 2 weeks, and most patients will feel better after the first week. Only a small proportion of cold cases cannot be resolved on their own (eg infants, the elderly, immunodeficiency, and chronic patients).

The spread of the cold virus is mainly through hand-to-hand contact, and then into the nostrils or eyes, which is not generally believed to spread in the air.

A randomized, double-blind, and placebo-controlled trial (a 35-day, 176 healthy male volunteers) pointed out that the intake of L-Theanine and cystine (L-cystine) supplements can significantly reduce colds And the incidence of fever symptoms (but no significant effect on the duration of the cold).

*Conclusion: Supplementing L-Theanine and Cystine may help prevent the common cold, but more large-scale trials are still needed to confirm.

Are there any side effects of L-Theanine?

It is generally considered safe to use L-Theanine supplements for a short period of time at an appropriate dose. In animal experiments, oral L-Theanine has no toxic effects even at high doses.

1. Do not use it for pregnant and breastfeeding women (because the relevant safety is still unknown).

2. Do not use with blood pressure-lowering drugs because L-Theanine seems to lower blood pressure, it may lead to low blood pressure. Related drugs are Captopril, enalapril, losartan, valsartan, diltiazem, Amlodipine, hydrochlorothiazide, furosemide, etc.

3. Do not use with central nervous system stimulants because L-Theanine can relieve the nervous system. The combined use of both may reduce the effectiveness of stimulant drugs. Related drugs include diethylpropion, epinephrine, phentermine, pseudoephedrine, etc.

Where can I buy the most recommended L-Theanine capsules? 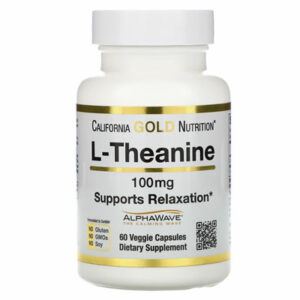