Psyllium husk shell fiber powder is currently the most widely used edible colloidal fiber. Similar to chia seeds, it has the characteristics of swelling and prebiotic after water absorption (it can absorb more than 3 times the volume of water).

Do you know psyllium husk benefits and side effects?

Psyllium husk fiber is regarded as a kind of bulking laxatives in clinical practice, which can increase the volume and water content of feces and achieve the effect of promoting bowel movements (characterized by being non-irritating and addictive).

What is Psyllium husk?

Psyllium husk comes from Plantaginaceae, originated from India and Iran, and is now widely planted around the world.

The Psyllium husk health products currently on the market are made by grinding and grinding the parts of the seed shells, which are common in the form of filaments, powders, and liquids.

What are the benefits Psyllium husk?

Obesity is one of the most common and expensive chronic diseases in the world.

It is estimated that in the United States alone, obesity affects one-third of adults and accounts for one-third of total mortality. It is caused by pathological processes such as diabetes, insulin resistance, dyslipidemia, hypertension, and atherosclerosis. Key factor.

At the most basic level, the pathogenesis of obesity seems simple, with calorie intake exceeding sustained energy expenditure.

However, there is increasing evidence that the pathogenesis of obesity is far more complicated than the passive accumulation of excessive heat. This complexity is the core reason why obesity is difficult to treat.

A systematic literature review and meta-analysis (including 22 randomized controlled trials, a total of 1458 adult participants) pointed out that compared with the control group, oral Psyllium husk shell fiber to body weight, Body mass index and waist circumference had no significant effect.

In addition, the effect of taking Psyllium husk fiber on the body mass index and waist circumference showed a nonlinear relationship.

*Conclusion: Oral Psyllium husk fiber is not significantly helpful for weight loss but is limited by the heterogeneity and bias of the studies included, and more long-term large-scale trials are still needed to further verify.

The study found that for every 1% increase in glycated hemoglobin (HbA1c), all-cause mortality and cardiovascular disease mortality will increase by 30% and 40%, respectively.

A meta-analysis of literature (including 35 randomized controlled clinical trials) pointed out that eating Psyllium husk before meals can significantly improve fasting blood glucose and glycated hemoglobin, especially for those who are receiving diabetes treatment (the period between use For 2–52 weeks, the daily dose is about 10.2 g).

*Conclusion: Oral Psyllium husk is beneficial to blood sugar control in diabetic patients, and may be used in clinical practice to become an effective lifestyle adjustment option.

In terms of ease of implementation, controlling appetite is the most difficult because appetite is affected by various physiological, behavioral, and environmental factors.

According to two randomized, double-blind, and placebo controls, supplementing Psyllium husk before meals can reduce hunger, increase satiety, and reduce the desire to snack between meals.

The underlying mechanism is related to the delayed gastric emptying caused by Psyllium husk colloidal fibers and slowing the passage time of the small intestine.

Cholesterol has multiple roles in the human body. In addition to forming hormones (gonads and adrenals), vitamin D and bile acid precursors are also important components of cell membranes.

The total amount of cholesterol is mainly related to dietary intake, absorption efficiency, metabolism, intestinal and hepatic circulation, and excretion rate. If it is too high, it can easily lead to atherosclerosis and cardiovascular disease.

A meta-analysis (including 1717 patients with mild to moderate hypercholesterolemia) pointed out that compared with placebo, the intake of Psyllium husk has lower serum total cholesterol and lower The effect of density lipoprotein cholesterol (and the effect is most significant when the daily dose is greater than 2 weeks and the daily dose is between 3 and 20.4 g).

*Conclusion: The food Psyllium husk has a positive effect on regulating cholesterol, but the results still need to be verified by more large-scale studies.

It is estimated that the prevalence of constipation in the world is between 2% and 27%, and the ratio of women to men is about 2 to 1, and the incidence rate increases with age, with a prevalence rate of nearly 50% for people over 65.

A placebo-controlled study (for 4 weeks, targeting 22 patients with idiopathic constipation) pointed out that oral Psyllium husk can help increase stool frequency and stool weight, as well as improve stool hardness and stool pain.

*Conclusion: Taking Psyllium husk orally in the short term is positive for the improvement of constipation symptoms, but more research is still needed to confirm the long-term effect.

Fecal incontinence is mainly defined as the uncontrollable excretion of feces or mucus, which lasts for more than 1 month, and the prevalence rate of the population can reach 0.4% to 18%, which often seriously affects the quality of life of patients (sleep, work, and social activities).

A randomized, double-blind, placebo-controlled cross-over trial (for 4 weeks, 80 patients with incontinence) pointed out that whether it is oral Psyllium husk or therapeutic drugs: loperamide can reduce the number of attacks, The severity of symptoms and the effect of improving the quality of life, but the side effects of drugs are greater (such as headache, constipation).

*Conclusion: Oral Psyllium husk may have an improved effect on some patients with fecal incontinence, but it is limited by execution bias and high bounce rate, and more large studies are still needed to confirm.

Hypertension is the most controllable factor associated with cardiovascular disease and stroke. With appropriate treatment, it can reduce the risk of stroke by 42% and the risk of coronary heart disease by 14%.

It is estimated that 1 in 3 adults in the United States alone suffer from hypertension, 95% of which are primary, usually without direct causes, but may be related to a sedentary lifestyle, stress, potassium deficiency, Diet, obesity, alcohol intake, and vitamin D deficiency.

A randomized, single-blind study (a total of 72 overweight and obese subjects over a 12-week period) pointed out that compared to the placebo control group, the general diet and Psyllium husk did not provide any substantial help for blood pressure and vascular function (but consumption Healthy eating group found to improve hypertension).

*Conclusion: The effect of using Psyllium husk seed alone to improve blood pressure and vascular function is still unknown, and needs to be verified by more studies.

C-Reactive Protein is an acute-phase protein produced when the body produces an inflammatory response, mainly synthesized by the liver.

*Conclusion: Supplementing Psyllium husk fiber alone does not have the effect of reducing C-reactive protein.

Are there any side effects of Psyllium husk?

For most people, Psyllium husk is a well-tolerated food, but the possible side effects or adverse reactions that have been reported include: bloating, stomach pain, diarrhea, constipation, nausea, and exhaust gas.

In addition, although an allergy to Psyllium husk is extremely rare, it may still occur. If you have chest tightness, flushing, loss of consciousness, rash, itching, swelling (face/tongue/throat), dizziness, difficulty breathing, Sneezing, and other abnormal phenomena, please seek medical treatment immediately.

1. Drink plenty of water when you eat (at least 250ml of water for every 3 to 5 grams) to avoid excessive laryngeal obstruction or suffocation.

2. Do not use with drugs, because it may affect or delay the absorption of certain drugs (the minimum interval between the two is 2 to 4 hours), common susceptible drugs such as Amitriptyline, Tegretol, Questram, digoxin, Lithium, etc.

3. Ingestion of Psyllium husk may increase the risk of adenoma recurrence in people with a history of colorectal adenoma, especially for those who are on a high calcium diet.

5. Some products may contain sweeteners, such as saccharin or aspartame, such as those with diabetes, phenylketonuria, or those who have to restrict sugar diet, please avoid using it.

6. Patients with dysphagia, fecal impaction or any Gastrointestinal tract narrowing, obstruction, Bowel Spasm should not use

8. Please stop using it 2 weeks before the operation. Psyllium husk may affect blood sugar, making it more difficult to control blood sugar during and after surgery.

9. Do not use in combination with Carbamazepine, it may reduce the efficacy of the drug (because too much fiber will hinder drug absorption).

10. Do not use in combination with lithium salts. It may reduce the efficacy of the drug.

11. Do not combine with Digoxin may reduce the efficacy of the drug.

12. Do not use in combination with Ethinyl estradiol, it may reduce the efficacy of the drug.

Where to buy Psyllium husk shell fiber powder recommended by most people? 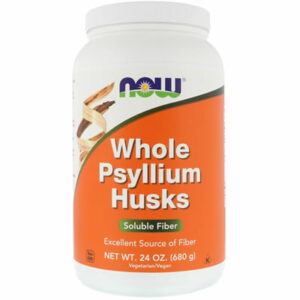