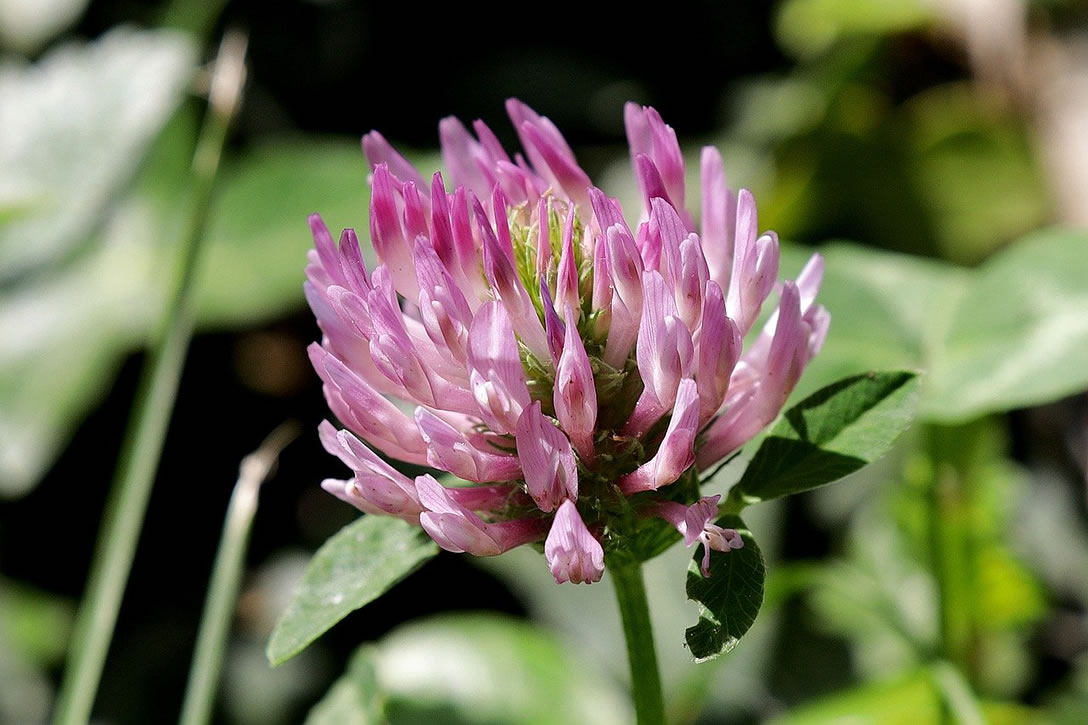 Red clover belongs to the legume family, also known as red clover, mature up to one meter high, the corolla is red-purple, due to the rapid growth characteristics of red clover, early used for pasture feed or soil fertilization. Do you know red clover benefits and side effects?

For hundreds of years, red clover has been considered by traditional herbal medicine to purify the blood and is often used to treat skin-related diseases, improve circulation, and help detoxify the liver.

Until recently, red clover has been found to contain isoflavones (the highest content of leaves and roots, not generally considered flowers), which can produce estrogen-like effects in the human body, so it has been widely used to improve the symptoms of hormonal disorders in women during menopause Such as hot flashes, emotional instability, etc., is currently the most established health care value.

What are the benefits of red clover?

1. Reduce the risk of cardiovascular disease

Cardiovascular disease is often described as a silent, life-threatening killer, usually without obvious signs of worsening attacks. Diseases such as stroke or myocardial infarction occur mainly because of the aging of blood vessels rather than the decline of organ function.

The main causes of vascular aging are high blood pressure, high blood sugar, and low-density cholesterol abnormalities. If these indexes are high (representing blood is turbid and blood vessels are tight), blood vessels should be maintained early to prevent regrets.

A study on menopausal women found that red clover has the effect of improving arterial compliance (arterial blood vessel elasticity) by 23% (dose about 40-80mg for 5 weeks), but due to the sample, the number is less and still needs further verification.

In addition, another double-blind controlled study also found (for 80 men and women with normal blood pressure) that the isoflavones in red clover can reduce arterial stiffness and improve vascular resistance (but have no effect on blood pressure).

Blood lipids refer to the fat in the blood, which is a general term for cholesterol and triglycerides, and the high blood lipids often heard in health examinations is one of the indexes that exceeds the normal value.

Mildly high blood fingers are usually asymptomatic, but continuous accumulation may appear dizziness, numbness of the limbs, chest tightness, palpitations, and other symptoms, and cause vascular lesions, blockages, leading to severe myocardial infarction or stroke events.

In a 12-week study of 252 menopausal women, it was found that alfalfa extract (isoflavones) can reduce triglycerides by 9.7% (only for those whose blood lipids are too high), but had no significant effect on the cholesterol index.

Osteoporosis is the most common disease of the elderly, and it will almost always be encountered as long as you live old, and the long-term decline in bone density results in fractures. It is estimated that one in two women in the United States has had osteoporosis. Fractures (most common in the lumbar spine, hip bones, and wrists) cause patients to stay in bed for a long time, greatly reducing the quality of life.

In a study (for 250 women aged 49 to 65 years, to explore the effect of isoflavones on the bone), taking red clover extract (brand name Promensil) can reduce lumbar bone loss (loss rate from 1.86% to 1.08%), but there is no obvious therapeutic effect on the bone density of the hip bone (while other blood biochemical indexes such as PINP (N-propeptide of collagen type I) and ALP (bone-specific alkaline phosphatase) have not changed significantly).

Menopause is a period in which women’s ovarian function gradually declines around the age of 50. The most obvious feature is the transition from a normal menstrual cycle to complete menopause.

As the hormones secreted by the ovaries begin to decline, they often cause autonomic nervous disorders and trigger a series of discomfort symptoms (such as palpitations, hot flushes, night sweats, emotional instability, etc.).

However, a recent controlled study pointed out that taking red alfalfa extract (80 mg daily for 90 days) can reduce the subject’s Kupperman Index (menopausal evaluation index) by 75.4%. In addition, it is aimed at hot flashes and nighttime Night sweats can be improved by up to 70%.

Another use of red clover (brand name Promensil) has also been found to improve 33% of hot flashes within 3 weeks and reduce the Greene Climacteric Scale index by 12.8%.

Based on the above research, the conclusion that red alfalfa improves menopause discomfort is still inconsistent, and it is impossible to determine whether it has a significant effect.

Due to the substantial extension of the human lifespan, about 40% of women’s life begins after menopause, and this period is when hormones fluctuate greatly and problems are most likely to occur.

Whether it is physical or psychological, symptoms may occur during menopause. The most influential ones are psychological and emotional problems. They become prone to depression, anger, restlessness, etc., and there are many clinical cases with depression.

Another study also pointed out that taking red alfalfa can improve the self-assessed emotional state of the subjects (using the visual analog scale VAS rating scale, the improvement can reach 66-68 points, compared with 8-15 points in the placebo group) .

As you age, your skin’s moisture content, collagen, and lipids decrease. In addition to a few more wrinkles, your appearance and skin texture will gradually change, becoming dry and thin and losing elasticity.

A double-blind controlled study pointed out that oral red clover can improve the overall skin condition (including water content and texture) of menopausal women. The overall improvement score is about 18 points, which is only 5 points compared to placebo (out of 100), Other parts of the experiment also mentioned that there is a certain improvement in hair and nails.

Are there any side effects of Red Clover?

According to the FDA’s determination by the US Food and Drug Administration, red clover is a generally safe food (Generally Recognized as Safe), but the safety of long-term use is still unknown, and possible side effects include headache, nausea, skin rash, etc.

Because the isoflavones in red clover have estrogenic activity, pregnant women, breastfeeding women, patients with breast cancer, endometrial cancer, etc. are not recommended for use, and there may be safety concerns.

Some contain coumarin (with anticoagulant effect), have coagulopathy, take anticoagulant drugs, non-steroidal anti-inflammatory drugs, do not use it a few weeks before the operation, it may cause bleeding.

Do not use it in combination with hormone replacement therapy or oral contraceptives, which may interfere with the action of the drug.

Do not use in infants and those with liver and kidney dysfunction(because the safety is unknown). 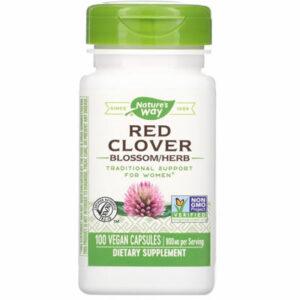