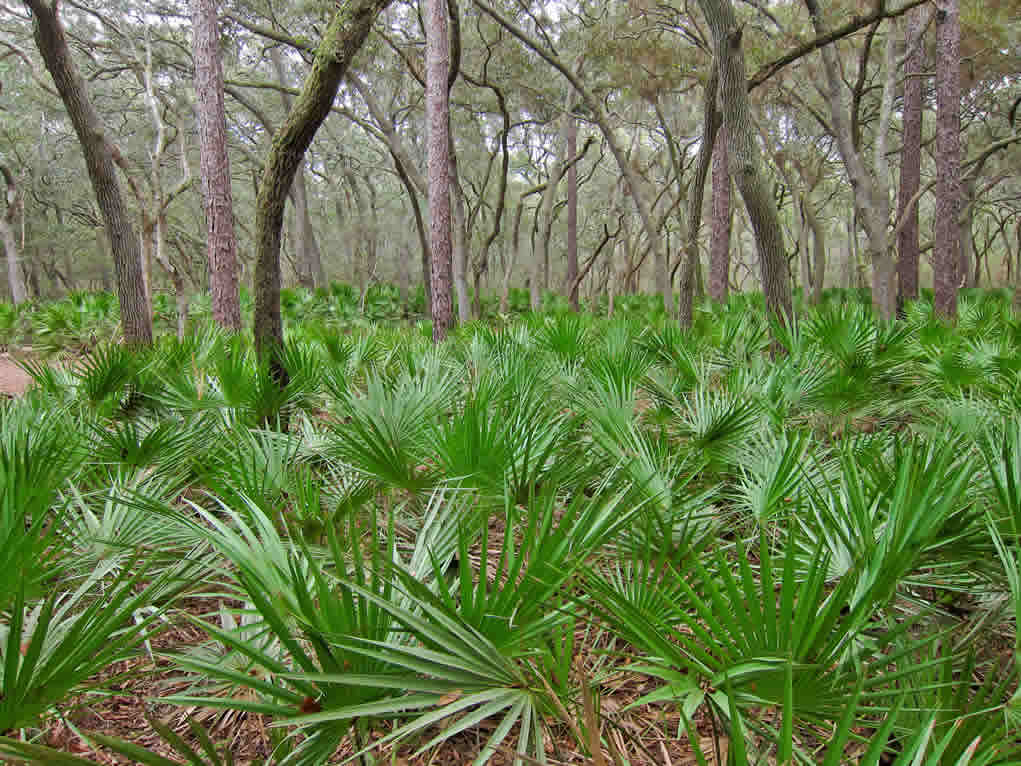 In the United States, Saw Palmetto berry extract is one of the most commonly used dietary supplements. A survey found that more than 1.6 million American male adults have taken saw palmetto extract, mainly used to treat benign Symptoms of the lower urinary tract caused by benign prostatic hyperplasia.

Do you know saw palmetto benefits and side effects?

In this article, the benefits, dosage, and side effects of saw palmetto extract will be detailed so that you have a basic understanding of this ingredient.

What is saw palmetto?

Saw palmetto is a low-growing palm tree peculiar to the southeastern United States. The tree is 6 to 10 feet tall, with a fan-like thorn-like leaf on the crown. The berries are oval and maroon.

This plants is native to the West Indies and is still widespread on the southeastern coast of the Atlantic Ocean in North America (Ecologically, saw palmetto is used as a nesting, protective layer, and food source for wildlife).

In the 1870s, people began to study the medicinal properties of berries. At present, it is usually sold as a health food in the form of capsules or tablets. Other forms include tinctures and liquid extracts.

How to choose when buying saw palmetto? How to eat

Although the main active compound of saw palmetto is unclear, it is currently known that fat and natural sterol components (Liposterolic) in fruits have an important role, so it is better to have a product that indicates the percentage of relevant components at the time of purchase.

What are the benefits recommended by saw palmetto?

Benign Prostatic Hyperplasia is the most common non-cancerous tumor of the male prostate. It is a common disease of men over 50 years old. It is mainly caused by the excessive growth of prostate tissue, and it will compress the urethra and bladder and hinder the flow of urine.

A Cochrane Review pointed out that for patients with prostatic hypertrophy and symptoms of the lower urinary tract, whether taking low-dose or high-dose saw palmetto extract will not help to improve urine flow or large prostate.

Another literature review and meta-analysis (including 12 randomized controlled trials) pointed out that oral saw palmetto extract (brand name Permixon), in addition to helping to reduce the number of nocturnal voids and improve the maximum urine flow.

The same study also pointed out that saw palmetto extract can produce an improvement effect that is not inferior to that of drugs (tamsulosin or finasteride) (including the International Prostate Symptom Score (IPSS) and maximum urine flow (Qmax)).

The underlying mechanism may be related to the inhibitory effect of saw palmetto extract on 5α-reductase, anti-androgen, anti-proliferative and anti-inflammatory and swelling effects.

*Conclusion: Oral saw palmetto extract may improve the symptoms of the lower urinary tract caused by prostate hypertrophy, but the effect produced by different brands is quite different (because different extraction processes will affect its composition and biological activity).

Androgenetic alopecia is the most common type of chronic skin problem, affecting up to 80% of older men (mainly over 60 years old).

It is characterized by the gradual thinning of hair, and it is expected that as the hair density and diameter decrease, as the age increases, the prevalence rate rises from 30% of 30-year-old men to 50% of 50-year-old men.

Even if this condition is not considered a serious pathological problem, the stress caused by hair loss often affects self-esteem or causes mental illness.

It was found that 38% of the palm berry group reflected a significant increase in hair and 68% of the Rupee group.

Based on the hair loss period (male alopecia phases 2 and 3), 66% of the Ropep group improved, and 60% of the palm berry group remained stable and did not deteriorate.

In addition, oral Finasteride can improve all front area and the vertex; and oral saw palmetto extract is only helpful for hair loss on the top and vertex area.

The underlying mechanism may be related to the androgen receptor binding activity of saw palmetto and the non-selective inhibition of 5-alpha reductase.

*Conclusion: Oral saw palmetto berry extract can improve some types of androgenic alopecia, but the effect is still inferior to the drug.

Prostate Cancer is one of the most common cancers in men, and its incidence continues to increase in many countries. In the United States, more than 200,000 people are diagnosed with prostate cancer each year (about 1 in 6 people).

Prostate cancer is a very heterogeneous disease, and its gland tumors can be non-metastatic (indolent) or very aggressive and may metastasize to bones and other organs, resulting in significant morbidity and mortality.

For more than 20 years, serum PSA levels have been used as biomarkers for prostate cancer. However, PSA has its inherent limitations, including lack of specificity, leading to over-diagnosis and over-treatment of prostate cancer.

A randomized double-blind placebo-control (72 weeks, 369 men with urinary tract symptoms) pointed out that the effect of oral saw palmetto extract on serum prostate-specific antigen was not better than placebo, even at doses Relatively high.

Another prospective cohort study (targeting 35,171 middle-aged and older men) pointed out that the use of saw palmetto and related health care products were not associated with prostate cancer risk.

*Conclusion: There is currently insufficient evidence to confirm that oral saw palmetto can reduce prostate-specific antigen (PSA) and prevent prostate cancer, which needs to be confirmed by more studies.

Prostatitis is a general term for a series of infectious diseases, including acute and chronic bacterial prostatitis, a chronic pelvic pain syndrome, or asymptomatic prostatitis, is one of the most common urinary system diseases in men, second only to benign prostatic hyperplasia (BPH) And prostate cancer.

Possible symptoms include pelvic pain (limited to the prostate, perineum, or urethra), inflammation of the prostate, and varying degrees of urination and sexual dysfunction.

It was found that oral saw palmetto did not significantly improve the symptoms (as measured by the National Institutes of Health Chronic Prostatitis Symptom Index score).

In contrast, all patients receiving finasteride treatment had significant and lasting improvements in addition to urination.

Are there any side effects of saw palmetto?

saw palmetto has a long history of use in natural remedies. Several clinical reports have confirmed its high safety and high tolerance to the human body, but possible side effects that have been reported include gastrointestinal upset, dizziness, fatigue, headache, rhinitis, Constipation and diarrhea.

In addition, some cases have also experienced symptoms of sexual dysfunction such as decreased libido and erection difficulties.

1. If you suspect that you have an enlarged prostate, do not use saw palmetto without permission. Please seek medical treatment to rule out other diseases (such as prostate cancer).

2. Do not use for pregnant women, nursing mothers, children, or those with hormone-related diseases (because it affects hormones, it may cause unknown risks).

3. Do not use it with the drug Repeal/Proscar Finasteride (Proscar) or Dutasteride (Avodart), which may cause unknown risks (because the mechanism of action of both is similar, both reduce the DHT concentration by inhibiting 5 alpha-reductase).

4. Do not consume with anticoagulants or antiplatelet drugs, because saw palmetto has anticoagulant effects, which may increase the chance of bruising and bleeding. Related drugs include aspirin, clopidogrel, diclofenac, ibuprofen, naproxen, dalteparin, enoxaparin, Heparin, warfarin.

5. Please stop using 2 or 2 weeks before the operation (saw palmetto may slow blood clotting and increase the possibility of extra bleeding during and after surgery).

6. Do not use with birth control pills or related estrogen drugs (because these drugs contain estrogen, and saw palmetto may affect the efficacy of estrogen, which in turn reduces the effectiveness of the drug.).

7. There have been rare cases of acute liver injury and acute pancreatitis after use, but there is not enough information to determine whether there is a causal relationship between the two.

Where to buy the saw palmetto capsule recommended by most people?