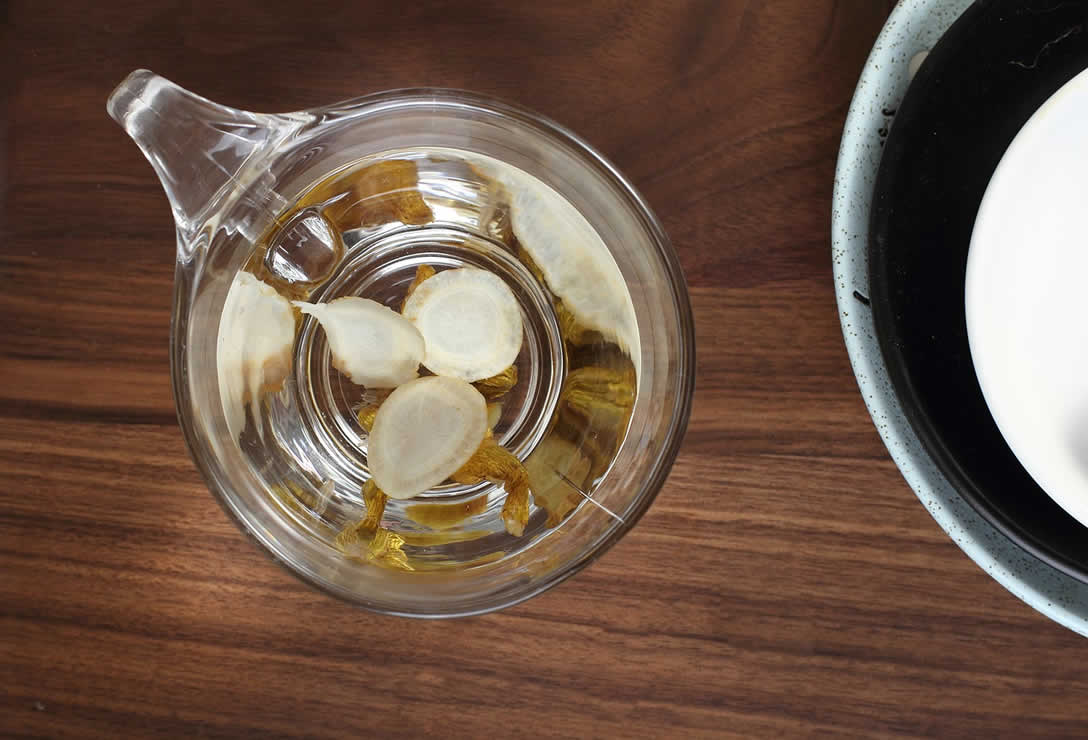 American Ginseng, also known as Ginseng, was first mentioned in the new compilation of Materia Medica in 1757. It is one of the most widely used medicinal plants. As an adaptogen, it can promote vitality and improve physical performance. , Increase resistance to stress and aging.

What are the benefits of American ginseng? Are there any side effects?

What is American Ginseng?

American ginseng/American ginseng (Panax quinquefolius L.) is a perennial herb belonging to the family Araliaceae, Panax, and almost all the plants in this genus are important Chinese herbal medicines, especially Asian ginseng.

American ginseng is native to temperate forests in eastern North America, from southern Quebec in the north, Minnesota, and Wisconsin, to Oklahoma, Ozark Plateau, and Georgia in the south.

Its main active ingredient is ginsenoside, distributed in many parts, including roots, leaves, and berries. Generally speaking, the active or inactive chemical substances that can be extracted from them can be divided into five categories: saponins, polysaccharides, polyynes, flavonoids, and volatile oils, of which saponins and polysaccharides are the main research subjects

So far, more than 30 kinds of ginsenosides have been isolated from American ginseng, and they are divided into two categories according to their aglycone structure: dammar type (including Rb1, Rc, Rd, Re, Rg1.) and oleanane Type (Ro).

What are the benefits of American Ginseng (Western Ginseng)?

Common colds are defined as upper respiratory tract infections, which mainly affect the nasal mucosa and are caused by viruses (usually rhinoviruses, but also coronaviruses and respiratory syncytial virus, or metapneumoviruses).

Common cold symptoms include sneezing, runny nose, headache, and general malaise. Sore throat occurs in about 50% of patients and cough in 40% of patients.

*Conclusion: Up to now, due to factors such as the small sample size and the research included are funded by the manufacturer, there is insufficient evidence to support the use of American Ginseng (Western Ginseng) extract to prevent common colds.

Type 2 Diabetes mellitus is a disease that affects more than 400 million people worldwide. Due to age, obesity, and the increase of high-risk ethnic groups, it is expected that the prevalence of type 2 diabetes will surge in the next 20 years.

*Conclusion: The combined use of American Ginseng (Western Ginseng) extract in addition to the traditional treatment of diabetes may have additional positive help for blood sugar management, but limited by the small sample size and short study period, more large-scale long-term trials are still needed to corroborate.

Working memory plays an important role in daily work, such as listening to voice instructions, reading magazine articles, and calculating tips in restaurants, all of which require temporary storage and processing of information.

Working memory is essential to daily life and is the core of human reasoning and judgment. In other words, working memory is an important part of cognitive performance and a determinant of intelligence.

*Conclusion: Supplementing American Ginseng (Western Ginseng) may help improve short-term cognitive memory function, but it is limited by the small sample size and more research is needed to prove it.

Fatigue is the most common non-custodial symptom of cancer patients, and it often occurs in patients undergoing chemotherapy, radiotherapy, biological therapy and completed treatment.

Compared with other fatigue, the main feature of Cancer-related fatigue is abnormal or extreme fatigue that cannot be relieved by sleep or rest.

The underlying mechanism may be related to the downregulation of inflammatory pathways, the effects of cortisol, and chronic stress on the hypothalamic-pituitary-adrenal axis.

*Conclusion: For patients with cancer-induced fatigue, the use of American Ginseng (Western Ginseng) may be helpful for improving symptoms, but it is limited by the short study period, and more long-term trials are needed to corroborate.

Reactive oxygen species are the products of normal cell metabolism in an organism. At low to moderate concentrations, they play a role in physiological cell processes (including killing invading pathogens, wound healing, and tissue repair processes).

But at high concentrations, they adversely modify cellular components (such as lipids, proteins, and DNA) and cause oxidative stress to rise.

*Conclusion: Ingesting American Ginseng (Western Ginseng) helps to reduce the oxidative stress on the DNA of cells, but it is limited by the small number of samples, and more rigorous tests are still needed to prove it.

Currently, amifostine/amifostine (WR-2721) is a radioprotector approved by the US Food and Drug Administration for cancer patients undergoing radiotherapy.

However, the limitations associated with amifostine include its inherent toxicity, high cost, route of administration, and possible tumor protection mechanisms.

Essential hypertension is characterized by an increase in chronic blood pressure caused by unknown causes. It affects nearly 95% of patients with hypertension, and genetic factors account for about half.

Since high blood pressure is usually asymptomatic, only 70% of people realize that their blood pressure has increased, and 59% have received treatment. If not detected and treated properly early, it may cause myocardial infarction, stroke, and renal failure in the long term.

A double-blind, placebo-controlled study (a 12-week study of 64 patients with well-controlled primary hypertension and type 2 diabetes) pointed out that the use of American ginseng (3 g daily dose) can reduce it compared to placebo Arteriosclerosis detection index (augmentation index), and reduce the systolic blood pressure drop (range 11.7%), but no significant effect on diastolic blood pressure.

*Conclusion: The use of American Ginseng (Western Ginseng) in the routine treatment of diabetes mellitus combined with hypertension may bring additional help to blood pressure regulation.

Are there any side effects of American Ginseng (Western Ginseng)?

At an appropriate dosage and duration, American Ginseng (Western Ginseng) is considered to be highly safe health food.

1. Do not use for pregnant women and lactating women (because the relevant safety is unknown).

2. People with diabetes or those taking hypoglycemic drugs should be used with caution (because American Ginseng has a hypoglycemic effect), the related drugs should not be named: Glimepiride, glyburide, insulin, pioglitazone, rosiglitazone, chlorpropamide, glipizide, tolbutamide.

3. Do not use for diseases that are sensitive to estrogens, such as breast cancer, uterine cancer, ovarian cancer, endometriosis, or uterine fibroids, because the role of ginsenoside may be similar to estrogen.

4. Do not use in patients who have difficulty falling asleep or insomnia, which may cause the symptoms to worsen.

5. Please use with caution in patients with Schizophrenia, high doses of Western medicine are involved in sleep problems and restlessness.

7. Do not use with the anticoagulant drug Warfarin, it may reduce the effectiveness of the drug and increase the risk of blood clotting.

8. Do not use anti-depressant monoamine oxidase inhibitors (MAOIs) in combination, which may cause side effects such as anxiety, headache, irritability, and insomnia. Related drugs should not be named: phenelzine, tranylcypromine.

Why is American Ginseng popular?

The reason why American Ginseng is popular is that people with ginseng are too hot. It is not easy to control blood pressure in the elderly, and it is easy for young people to get angry after taking it.

Western ginseng can be used for those who are not suitable for the treatment of human ginseng and hot tonic, because it is slightly cold and tonic but not dry.

Where can I buy the most recommended American Ginseng capsules? 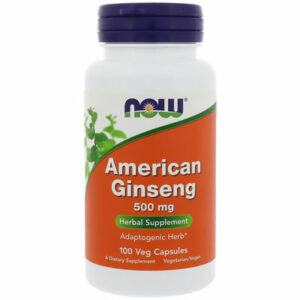