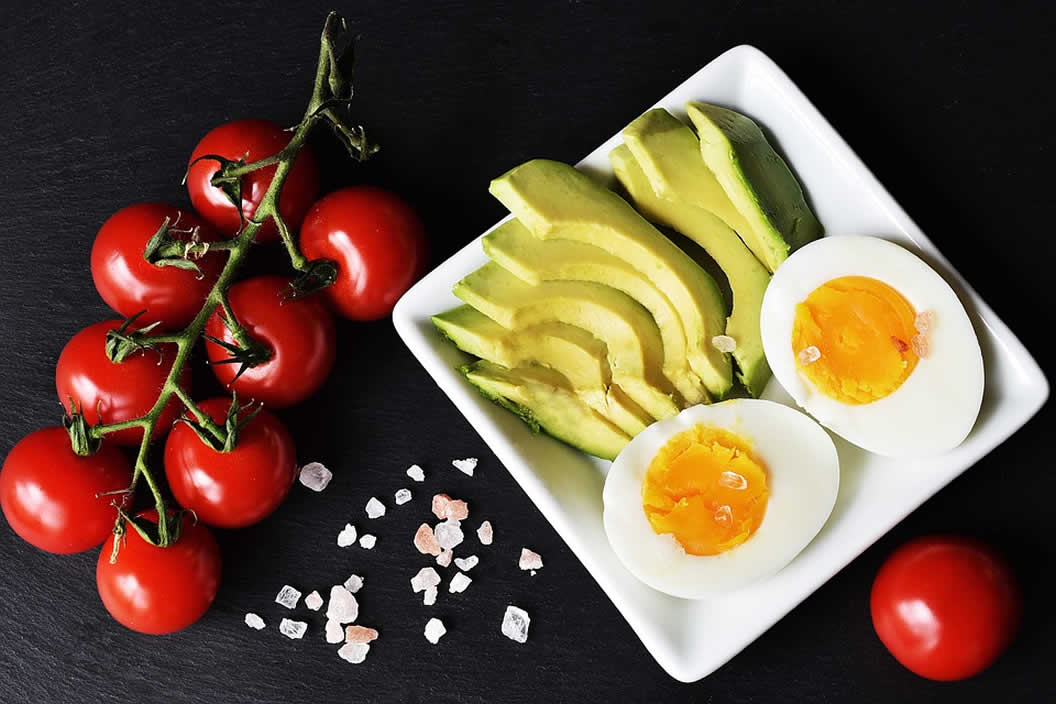 Low-carb (sugar) and ketogenic diets are the most popular diets in the past half-century. The prevalent factors are due to the increasing incidence of obesity, diabetes, and various chronic diseases. One of the possible reasons for these diseases is the excessive intake of refined Processing carbohydrates, so the low-carb (sugar) diet is gradually being advocated and used to improve various metabolic diseases, and the ketogenic diet is also one of them.

Do you know the benefits of a ketogenic diet?

What is the ketogenic diet?

The ketogenic diet is a dietary method for medical use that originated in the 1920s. It is mainly used to treat intractable epilepsy. A very low carbohydrate, low to moderate protein and high fat is the main features (75% fat, 20% Protein and 5% carbohydrates).

When the ketogenic diet is properly executed, it will force the body to start burning fat and produce ketone bodies (including acetoacetate, β-hydroxybutyrate, and acetone) as alternative energy sources.

What are the benefits of the ketogenic diet/low-carb diet?

Over the past 100 years, the lifestyle and dietary changes brought about by technological advancements have caused the rate of overweight and obesity to soar and become the world’s largest health problem.

A systematic literature analysis (meta-analysis, including 48 randomized controlled trials, a total of 7286 participants, with an average follow-up period of 12 months) pointed out that in the named diet plan under discussion, low-carbohydrate or low-fat diet has a significant weight loss effect, but there is not much difference between each other.

Another systematic literature analysis (meta-analysis, including 19 randomized controlled trials, a total of 3209 participants) pointed out that during the two-year tracking period, whether it was a low-carb or healthy balanced diet, the two brought about There was no significant difference in weight loss effect or improvement in heart and blood risk factors.

*Conclusion: The low-carb diet has a short-term weight loss effect (but the long-term effect is unknown), and the effect difference with other diets is not obvious.

Each episode lasts 15 to 180 minutes, with a frequency ranging from every other day to 8 times a day. The pain is in the orbit, supraorbital, or temporal area.

According to the frequency of headaches, most patients are recurrent cluster headaches (Episodic CH), which is characterized by an attack period lasting more than 1 week and a remission period of more than 4 weeks.

The underlying mechanism may be related to the activation of brain dopaminergic and gamma-aminobutyric acid (GABAergic) activity induced by the ketogenic diet and restoration of physiological abnormalities of the trigeminal nerve.

*Conclusion: A ketogenic diet may help to reduce the frequency of drug-resistant chronic cluster headaches, but more research is still needed to further verify.

Diabetes is a multifactorial metabolic disorder, which is closely related to heredity, eating habits, activity level, and even other chronic diseases.

The best prevention method is to combine a healthy diet and exercise, which can reduce the incidence of 30%-60%, but there is still room for discussion on the ideal ratio of nutrients.

A meta-analysis of literature (including 10 randomized controlled trials, 1376 participants) pointed out that compared with high carbohydrate diet, the implementation of low carbohydrate diet in the short term (1 year) has better blood sugar control results (Improve HbA1c), and the greater the limit, the more significant the effect.

However, the same analysis also found that there is no significant difference in blood glucose control, body weight, or low-density lipoprotein cholesterol between the high-carbon and low-carbon groups in the long term (may be related to the degree of participation or physiological adaptive adjustment mechanism).

Another meta-analysis (meta-analysis, including 4 population studies involving 479 to 85059 participants) found that a higher low-carbohydrate diet score (referred to as low-carb water combined with a high-fat or high-protein diet performed more highly ) Will increase the incidence of diabetes by 17%.

The reason behind it may be related to excessive intake of animal saturated fat or protein, and the reduction of good carbohydrate sources (whole grains, vegetables, and fruits).

For patients with type 2 diabetes, a low-carbohydrate diet may help in the short term, but the long-term effect and safety are still unknown, and full application in diabetes treatment is still controversial (because each patient has different metabolic types and conditions).

In addition, the long-term implementation of a low-carbohydrate diet may increase the incidence of diabetes is generally healthy people, but more observations are still needed to verify the differences between different foods.

Non-alcoholic fatty liver disease is the most common liver disease in adults. It is initially called hepatic steatosis (defined as liver triglyceride concentration greater than 55 mg/g), and non-alcoholic steatohepatitis (NASH) in the mid-term. 10%-29% of patients may progress to cirrhosis.

For non-obese people, the prevalence of non-alcoholic fatty liver is about 15%. If it is obese (BMI ≥ 30), the prevalence rate will soar to 65% to 85%, which is the main independent factor that causes cardiovascular disease (intensity wins Over waist and belly fat).

A systematic literature analysis (Meta-Analysis, including 24 studies) pointed out that for patients with non-alcoholic fatty liver, the implementation of a low-carbohydrate diet can help improve the fat content in the liver, but has no significant effect on liver function index (such as ALT, AST, GGT).

*Conclusion: A low-carbohydrate diet can reduce the amount of liver fat in patients with non-alcoholic fatty liver, but liver function tests have not significantly improved.

Epilepsy is a serious disease of the central nervous system. It is characterized by recurrent epilepsy events caused by brain lesions. Various physical and emotional abnormalities, such as stiffness and tremor, occur during the seizure.

The main causes of epilepsy are related to genetics, structural/metabolic abnormalities, head trauma, tumors, stroke, or infections. Traditional treatments are mainly drug treatment, surgery, and vagal nerve stimulation, but 25% of patients still do not respond to treatment.

A Cochrane Review (contains 7 studies, a total of 427 participants) pointed out that for children with refractory epilepsy, whether it is the traditional ketogenic diet or the modified Atkins diet, it is helpful to improve the incidence of epilepsy, but the author mentioned that the results still need more experimental verification.

Another meta-analysis of literature (including 75 studies) pointed out that for adolescents and children, the use of traditional ketogenic diet or modified Atkins diet has the effect of reducing the frequency of seizures, and no seizure freedom also increases with time.

In the 1920s, the German physiologist Dr. Otto Warburg discovered that the reason why cancer cells can replicate in large amounts in a short period of time is due to their unique metabolic mechanism, which prefers to use glucose to generate energy under hypoxic conditions (also known as glycolysis) which is known as the “Warburg effect”, compared to normal cells need to have sufficient oxygen to metabolize glucose, fatty acids and ketone bodies to produce energy.

Since the discovery of the Warburg effect, various anti-cancer methods targeting cancer cell metabolism have emerged. The Ketogenic Diet is one of them. It can regulate insulin and active oxygen through a unique diet ratio. Production, angiogenesis factors, and inflammatory state, to achieve the goal of blocking or inhibiting cancer cells.

But as of now, the results of ketogenic diet therapy to prevent or treat cancer are still inconsistent. There is a lack of large-scale human clinical trials, and more studies are needed to confirm its effectiveness and safety.

Are there any side effects (disadvantages/disadvantages) of the ketogenic diet/low-carb (sugar) diet?

A Cochrane Review (for the treatment of childhood epilepsy) mentioned that the long-term and short-term ketogenic diet side effects that have been reported include: growth retardation, kidney stones, osteoporosis, hypercholesterolemia, and low-grade acidosis, Constipation, dehydration, vomiting, nausea, hypoglycemia, diarrhea, acute pancreatitis, nephrocalcinosis (nephrocalcinosis), palpitations, respiratory infections, fatigue, etc., and some conditions may also occur in adults.

May cause ketoacidosis (although the probability is not high, there are indeed a few cases in the literature, and it occurs in people with a diet of very low-carb water without a history of diabetes).

An integrated analysis of the literature indicates that a long-term low-carb diet may increase all-cause mortality.

Long-term implementation of a ketogenic diet may cause a deficiency of the mineral element selenium and increase the incidence of serious complications such as cardiomyopathy, arrhythmia, and sudden cardiac death. Therefore, it is important to regularly monitor blood selenium concentration and cardiac function.

For those without diabetes, a long-term low-carbon water diet may increase the incidence of type 2 diabetes. For details, please refer to point 2 above