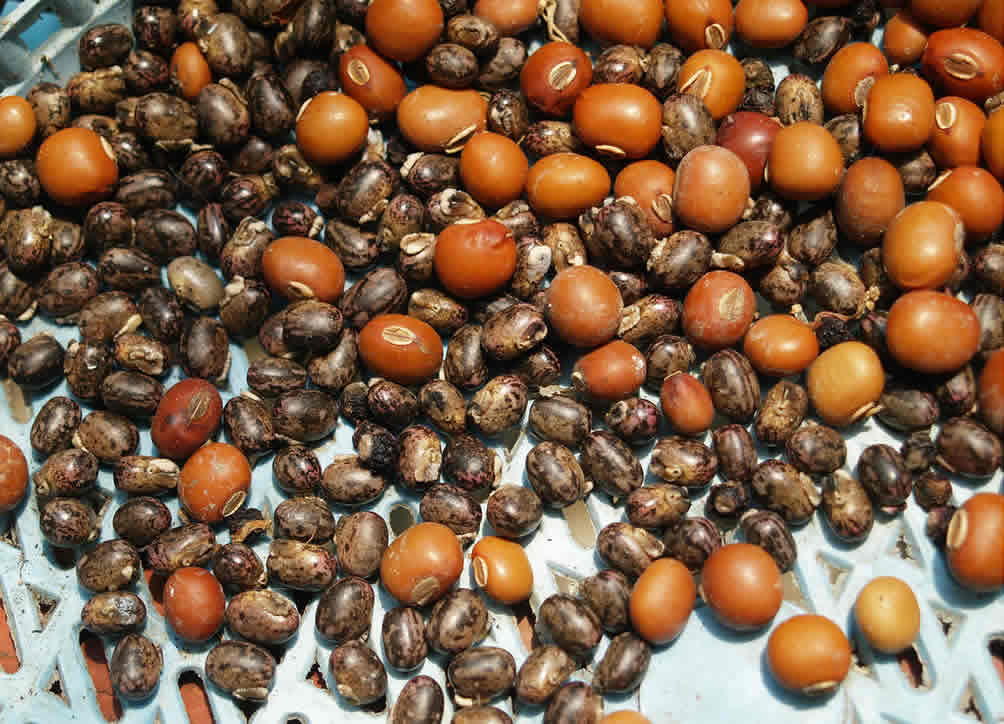 Mucuna pruriens is a rich sources of natural L-dopa(a precursor of the neurotransmitter dopamine), accounting for about 7% of the seeds. In the ancient book of the traditional Indian medical system “Ayurveda”. It used to treat several brain-related diseases, most commonly Parkinson’s disease.

Do you know the benefits of mucuna pruriens? Are there any side effects?

What is Mucuna pruriens?

Mucuna pruriens, also known as velvet bean, belong to the Papilionaceae family, which is an annual leguminous plant of the genus Bloodleaf, which includes about 150 varieties and is native to eastern India and Western China.

In Central America, mucuna pruriens is often used as a substitute for coffee after roasting and grinding (due to similar flavors).

It is found in the literature that mucuna pruriens may have anti-diabetic, anti-tumor, anti-microbial, aphrodisiac, and enhance learning and memory properties.

What are the benefits of Mucuna pruriens?

Parkinson’s disease is a destructive disease of the human nervous system and the second most common chronic neurodegenerative disease. The causative factors may include exposure to pesticides and other toxic substances, family history, head trauma, ovariectomy, etc. But so far, age is still the most important record.

*Conclusion: For patients with advanced Parkinson’s disease, mucuna pruriens is not less than levodopa+benserazide in all the efficacy and safety indicators, but it is limited by the small sample size, and more research is still needed to corroborate it.

Male infertility refers to the inability of men to conceive women of childbearing age. According to World Health Organization estimates, there are currently 60 to 80 million couples suffering from infertility in the world, and male infertility accounts for about 40 % To 50%, about 7% of men are affected by it.

Another prospective study (targeting 75 men with infertility) pointed out that in addition to improving the levels of testosterone, luteinizing hormone, dopamine, epinephrine and norepinephrine, Mucuna pruriens can also increase sperm Quantity and vitality.

*Conclusion: For male infertility, the use of Mucuna pruriens may help to improve the quality of related sperm but is limited by the small sample size, and more large randomized controlled studies are needed to corroborate.

Thrombosis is a blood clot formed in the vascular system and can occur in the arterial and venous systems.

An animal study pointed out that Mucuna pruriens has a lipid-lowering effect and antithrombotic activity.

*Conclusion: Animal studies have found that Mucuna pruriens has blood lipid-lowering and anti-thrombotic effects, but human studies still need to be further verified.

A major depressive disorder is a disabling mental disorder with a complex etiology that involves the interaction of genetic and environmental factors.

In addition to core symptoms such as depression, loss of interest, despair, fatigue, difficulty concentrating, suicidal ideation, or suicidal behavior, many patients also have psychological symptoms such as cognitive impairment and anxiety.

However, according to recent efficacy trials, only 42% to 46% of patients with depression who received the first step of SSRIs treatment were relieved.

An animal study pointed out that Mucuna pruriens extract can be mediated through the interaction with the dopaminergic system to produce a special antidepressant effect in acute and chronic depression models.

*Conclusion: Animal studies have found that Mucuna pruriens may have anti-depressant effects, but human studies still need to be further verified.

Are there any side effects of Mucuna pruriens?

A large double-blind study pointed out that when taking 15 to 30 grams of Mucuna pruriens powder during a 12 to 20-week course, there were no obvious adverse reactions.

However, possible side effects that have been reported include nausea, bloating and vomiting, thirst, dyskinesia, insomnia, headache, rapid heartbeat, confusion, restlessness, hallucinations, and delusions (especially in the case of excessive use).

1. Do not use during pregnancy, pregnancy, and breastfeeding women (because the relevant safety is unknown).

2. Do not use in patients with cardiovascular disease (due to the L-dopa component in Mucuna pruriens, it may cause orthostatic hypotension, dizziness, fainting).

3. Do not use in patients with diabetes or taking related hypoglycemic drugs (since Mucuna pruriens may have a hypoglycemic effect).

4. Do not use if the liver and kidney function is poor (because the relevant safety is unknown).

5. Do not use in patients with skin cancer (melanoma). Extra L-dopa may make melanoma worse.

8. Do not use glaucoma (narrow-angle glaucoma) because L-dopa may increase intraocular pressure.

9. Stop using it at least two weeks before the operation (because it may affect blood sugar control, it is difficult to control blood sugar during and after surgery).

10. Do not eat raw Mucuna pruriens, because raw beans contain lectin (Lectin, a plant protein), if ingested in large amounts may cause food-sensitive symptoms such as diarrhea, indigestion, bloating, and vomiting.

11. Do not use in combination with antidepressant drug monoamine oxidase inhibitors (MAOIs), which can cause serious side effects, including rapid heartbeat, high blood pressure, epilepsy, and nervousness. The names of related drugs are Phenelzine, tranylcypromine.

12. Do not use in combination with blood pressure-lowering drugs Methyldopa or Guanethidine, as it may cause an excessive decrease in blood pressure.

13. Do not use Antipsychotics dopamine receptor antagonists in combination, which may reduce the effectiveness of the drug. The names of related drugs are chlorpromazine, clozapine, fluphenazine, haloperidol, olanzapine, perphenazine, prochlorperazine, quetiapine, risperidone, thioridazine, thiothixene.

14. Do not use in combination with Sanhuan antidepressant, it may reduce the effect of Mucuna pruriens

Where can I buy the Mucuna pruriens extract capsules most recommended? 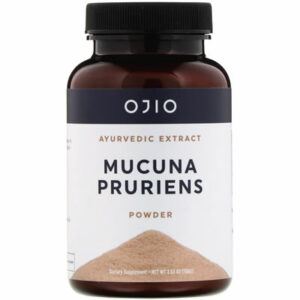