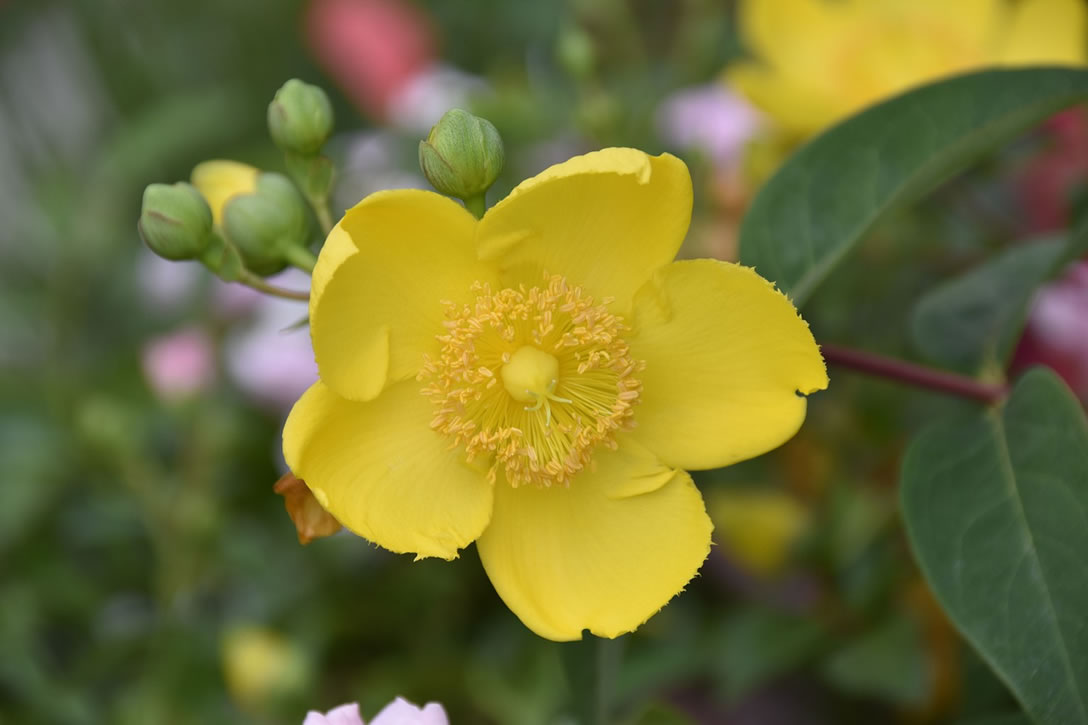 St John’s wort, also known as St. John’s wort and hypericum, is a perennial herb that originates from the Eurasian and West African generations. Bright yellow flowers are its main characteristics, due to the flowering day and religious historical figure John the Baptist ‘S birthday is the same day, hence the name (wort stands for the plant).

St. John’s wort has been regarded as an important medicinal plant for thousands of years. It’s often used in anti-inflammatory, antibacterial, wound treatment, and related symptoms such as depression and anxiety are most commonly used.

What are the recommended benefits of St. John’s Wort?

So far, more than 350 million people worldwide suffer from depression, and due to the high disability rate, patients lose their ability to live a normal life.

According to the statistics of the relevant British health department, the national costs related to the treatment of depression (including loss of work) have already surpassed the sum of diabetes and hypertension, accounting for about 60–85% of all medical expenditures, which has seriously affected the growth of the gross national product.

A systematic review (contains 27 studies, a total of 3808 participants) and meta-analysis pointed out that compared to the traditional first-line treatment SSRIs, St. John’s wort was used Not only does it show comparable effects and remission rate (especially for patients with mild to moderate depression), but also has fewer side effects and adverse reactions, and a lower withdrawal rate.

*Conclusion: Although St. John’s wort is commonly used to improve depression, it cannot replace drugs and has no immediate effects like drugs. If the depression phenomenon has seriously interfered with life, and even those who appear to be suicidal or hurt themselves, they should seek medical treatment immediately without delay.

The most common of these are hot flashes (related to vasomotor dysregulation). The prevalence of menopausal women is about 75%. The symptoms are redness of the skin above the chest, fever and night sweats, and sometimes accompanied by palpitations and anxiety.

The symptoms of hot flashes in postmenopausal women will stop within 1 to 2 years. But about 15% lasted for 30 years, often causing serious problems.

A double-blind controlled study showed that (for 8 weeks, the subject was 100 women with an average age of 50.4 years), compared to placebo, St. John’s wort can help improve the severity of hot flashes.

Psychosomatic disease, also known as body form disorder, is a synonym for a variety of mental diseases. It often appears with various physical and mental symptoms, but it cannot be correctly explained or diagnosed by medical methods.

The author believes that St. John’s wort may be one of the effective alternative therapies for acute treatment of patients with mild to moderate physical and mental disorders.

Delayed wound healing and scar formation after cesarean section are common problems for many pregnant women (this process is often changed due to pregnancy), and the incidence of wound complications ranges from 2.5% to 34%.

These factors are also prone to scar hyperplasia, causing pain, itching, contractures, obstruction of movement, and other dysfunctions.

A double-blind controlled study (16 days, 144 women with cesarean section) compared to placebo, a topical extract of St. John’s Wort can accelerate surgical wound healing and reduce scar formation. In addition, there is less pain and itching during wound healing.

The underlying mechanism may be related to the fact that the flavonoids can increase fibroblast production, stimulate collagen synthesis, and affect epithelial cell proliferation and migration.

Are there any side effects of St. John’s Wort?

Based on current evidence, St. John’s wort is safe to use at normal doses in the short term (less than 3 months) but may have side effects such as difficulty falling asleep, rash, diarrhea, fatigue, irritability, headache, dry mouth, dizziness, and gastrointestinal discomfort.

Do not use in pregnant women, breastfeeding women, young children, and those with liver and kidney dysfunction (may cause unknown danger).

May cause skin sensitivity to light (photosensitivity), called photodermatitis, so please be careful if you have sensitive skin or take related photosensitizing drugs.

Do not use it a few weeks before the operation. It may interfere with the effects of anesthetic drugs. Please inform the doctor about the use of related products.

People with bipolar disorder, severe depression, or schizophrenia, please be careful, it may cause mania or other mental symptoms.

May interfere with conception and cause pregnancy difficulties.

It may cause ADHD or Alzheimer’s disease to worsen.

Do not take St. John’s Wort preparations at the same time if taking any medicines, which may cause interactive reactions and unknown risks.

Where to buy St. John’s Wort health products recommended by most people?